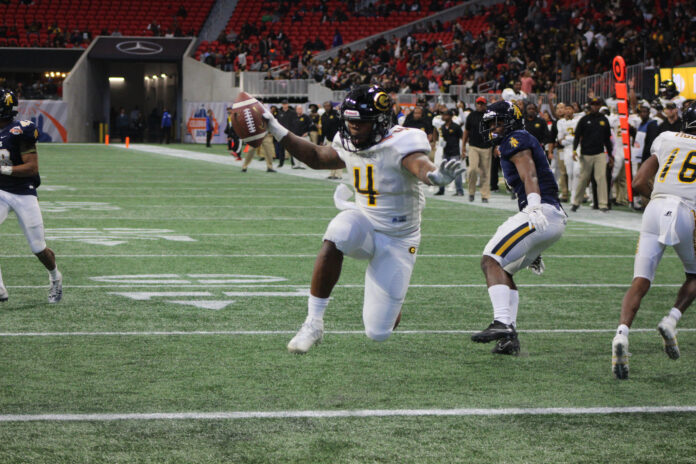 An exciting Celebration Bowl between the two best teams in HBCU football that wasn’t decided until the final minute of the fourth quarter didn’t draw as many viewers as the previous editions of the game, but was still the second most-watched bowl game on the opening day of the college football bowl season.

The North Carolina A&T-Grambling State game drew a 1.59 overnight rating on ABC Saturday afternoon, down from a 2.0 rating from last season, according to Show Buzz Daily. Sports Media Watch reported the game drew a 1.6 rating.

The inaugural Celebration Bowl in 2015 between Alcorn State and North Carolina A&T drew a 1.9 overnight rating.

The third installment of the bowl season opener, which peaked at 2.3 million viewers, did garner a higher rating than the New Orleans Bowl (0.87), New Mexico Bowl (0.75), the Camellia Bowl (0.73)  and the Division II national championship game (0.36) also played on Saturday.

The Las Vegas Bowl was the highest rated bowl game of the day with a 2.32 overnight rating.