✕
© 2020 Rashad Interactive, LLC - All rights reserved.
Home›Football›That one time Tarik Cohen created a burner account on Twitter to see what was up
FootballNews 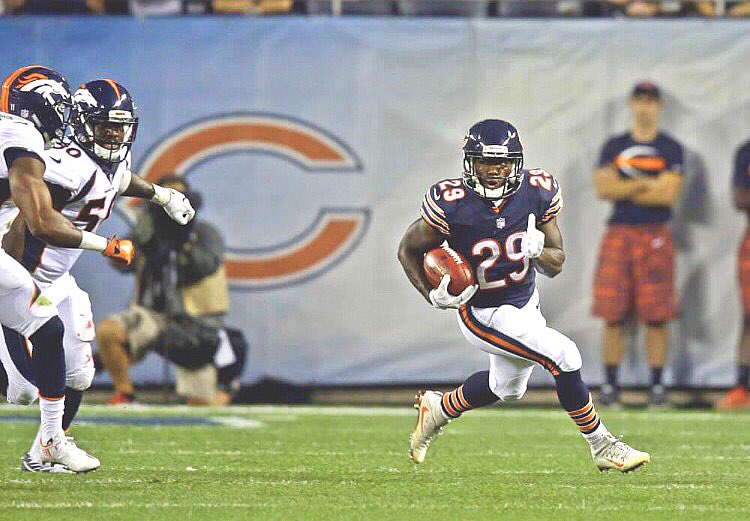 Tarik Cohen has been one of the positive stories for the Chicago Bears in what appears to be another unfulfilled season.

Cohen, a rookie out of North Carolina A&T, has a receiving touchdown, rushing score and he even thrown a TD in 2017.


The 5-foot-6, 180-pound running back, is standing tall among the NFL’s giant players and personalities.

Cohen’s game, and his life story, has drawn a lot of national attention with each remarkable thing he accomplishes every week.

In a lengthy profile piece written by longtime pro football writer Dan Pompei via Bleacher Report about Cohen’s rise to the league, the first-year player revealed that he has always been aware of the skepticism surrounding his ability to play the sport being smaller than the average football player.

Back when he was in high school, one college offered him a scholarship only to rescind it after one of the coaches saw Cohen in person. In the end, only North Carolina A&T wanted him.

He saw the skepticism on social media forums, too. So he made a fake Twitter account using his cousin’s name. “What do you all think of Tarik Cohen?” he posted. “Can he play D-1? Could he make it at Alabama?” The responses were predictable.

That’s right, Cohen acted in a similar fashion as Golden State Warriors star Kevin Durant, who was recently outed for creating a burner account to defend himself on social media. Granted, Cohen was in high school and Durant is a 27-year-old NBA superstar who probably should be a little less sensitive to online trolls.