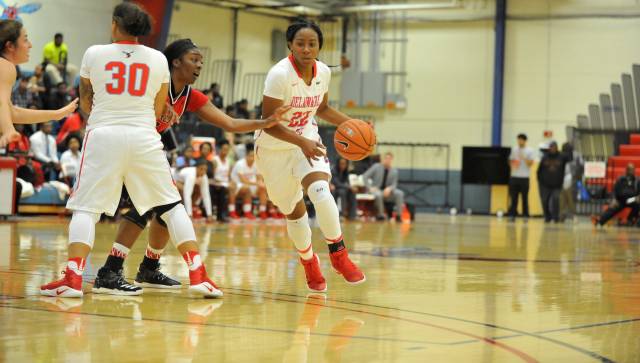 All awards are voted on by the conference’s head coaches and sports information directors.


Pollard led the MEAC in both scoring and rebounding in 2016-17, averaging 18.6 points and 9.8 rebounds per contest. Her .571 field goal percentage was also the best in the conference, and she also tied for fifth in blocked shots (2.0 per game. She was seventh in the nation with 12 double-doubles last season, and Pollard also ranked among the top 25 nationally in offensive rebounding (4.0 per game) and made free throws (150).

The 2018 MEAC Basketball Tournament will be held March 5-10 at the Norfolk Scope Arena in Norfolk, Va.

As voted on by the league’s head coaches and sports information directors; first-place votes are in parentheses