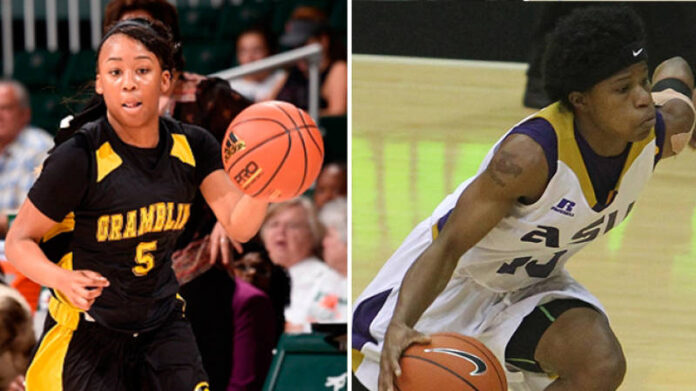 BIRMINGHAM, Ala. — On the heels of its first Southwestern Athletic Conference women’s basketball tournament championship in program history, Texas Southern has been selected as the preseason favorite to win the conference crown in the 2017-18 season in a poll of the league’s head coaches and sports information directors. The announcement was made during the SWAC’s annual tip-off media teleconference Wednesday morning.

The Lady Tigers, who earned a share of the regular-season crown — for the second-straight season — alongside Grambling State thanks to identical 14-4 records in league play, posted a 23-10 overall record on their way to the tournament championship. Texas Southern narrowly outpointed tournament finalist and co-regular season champion Grambling State 149-146 in the predicted order of finish.

Grambling State guard Shakyla Hill was chosen as the preseason Player of the Year after a sophomore season filled with stat-sheet stuffing performances. In guiding Grambling to the No. 1 seed in the SWAC Women’s Basketball Tournament last season, Hill was the only player in the league to rank in the top five in scoring, rebounding, assists, steals and field goal percentage last year. Hill averaged 15 points a game to go with 7.8 boards per night, good for fifth and third in the conference ranks, respectively. The Little Rock, Ark. native led the league in assists (4.2), steals (3.0) and field goal percentage (48.2) last season.

Alcorn State picked up the preseason Defensive Player of the Year selection for the second-straight season, as guard Alexus Freeman earned the nod. The SWAC Newcomer of the Year last season, Freeman — who averaged a shade under 11 points a game to go with 5.6 boards and 3.3 assists — finished second in the league steals per game (2.4) in anchoring one of the better team ball-hawking efforts in the conference last season, as Alcorn State finished third in team steals per game at 9.9 and in terms of league play, was second in the league in steals (10.2) and opponent field goal percentage from the three-point line (23.0).

Texas Southern guard and 2017 SWAC Women’s Basketball Tournament MVP Joyce Kennerson, who led the league in scoring at 18.3 points per game, joins Hill on the preseason first team along with Southern’s Brianna Green and Texas Southern’s Artavia Ford at the forward spots, and Alabama State’s Tatyana Calhoun at center.