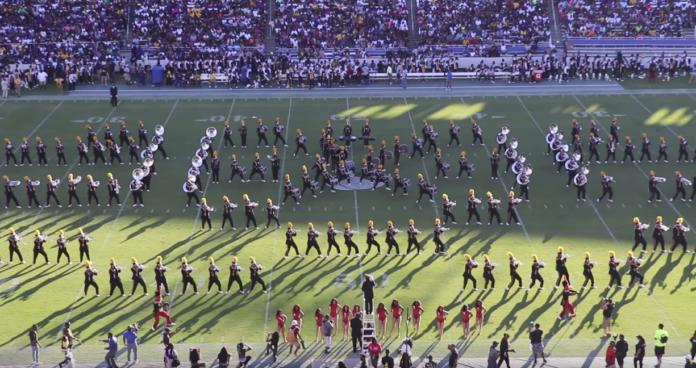 Week six of the HBCU marching band season provided us with a glimpse of what to expect throughout the month of October in recognition of National Breast Cancer Awareness Month.

While pink will be the primary color of focus throughout the month of October, there was one band in this week’s top five that decided to put emphasis on the color purple.

Here are the top five HBCU halftime shows from Week 6.

5. Alabama State (vs. Alcorn State)
Performed at the New ASU Stadium, Montgomery, Ala.