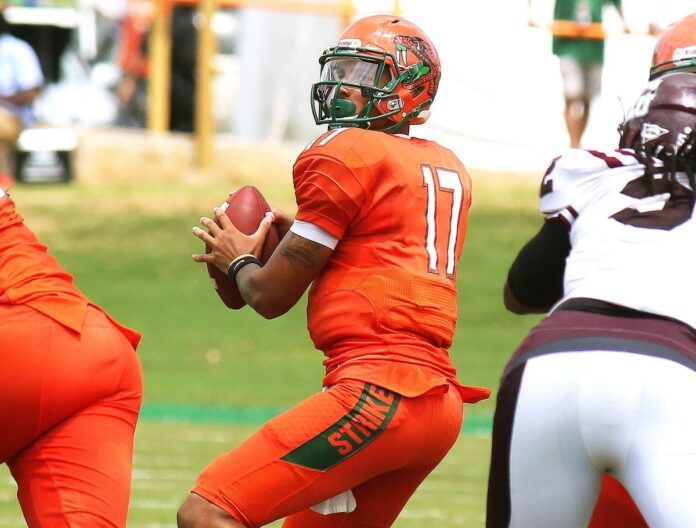 TALLAHASSEE, Fla.- The Florida A&M Rattlers jumped out to a 29-0 advantage versus the Texas Southern Tigers in what was the season opener for both schools in the Jake Gaither Classic hosted at Bragg Stadium.

The Rattlers never looked back from there as they went on to claim a 29-7 victory over visiting TSU in front of a crowd of 15,401 spectators.

Florida A&M took a 7-0 lead at the 2:53 mark of the first quarter on a nine yard Ryan Stanley touchdown run capping off a nine play 74-yard scoring drive in which they took 4:45 minutes off the game clock.

FAMU would add two more scores in the first half with one coming on a six-yard touchdown run by Devin Bowers (extra point missed), and the second on a 35-yard touchdown reception by Brandon Norwood at the 9:02 mark of the second quarter bringing the score to 20-0 heading into intermission.

Texas Southern gave up a safety to start the second half on the kickoff which moved the score to 22-0 before a Vince Jefferies 12-yard run put FAMU ahead 29-0 in the third quarter.

TSU would find the end zone at the 14:16 mark of the fourth quarter on a 30-yard touchdown pass from Jay Christophe to Darvin Kidsy making the score 29-7 which would subsequently be the game’s final.

Christophe went 12-of-39 for 140 yards and 1 touchdown while being sacked three times. He also led the Tigers rushing efforts carrying the ball 10 times for 29 yards.

The Tigers will now set their sights ahead to the XXXIII Annual Labor Day Classic which is set to be held on Saturday, September 2 at 8 p.m. at BBVA Compass Stadium.