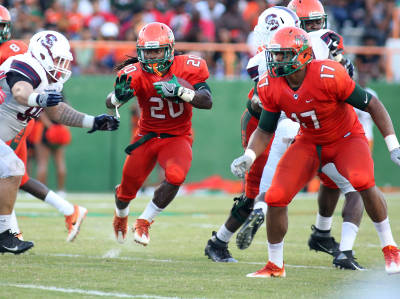 Florida A&M is in the middle of a social media firestorm thanks to criticism over the football team having to travel by bus to its season opener at Arkansas.

The bulk of the disdain has come from current ESPN college basketball announcer and analyst Jay Bilas, who called out FAMU for exploiting the athletes for a payout of $750,000 in exchange for a 10-hour trip.

That was in response to you. All college players are exploited, by definition, used to make money while limited to expenses only.

I’m sorry we aren’t a $100 million budget school. If Bama was taking this bus ride you might have a point.

The Twitter conversation between the two, and others, went on for several hours with neither side yielding their positions.

So who was right in this social media debate?