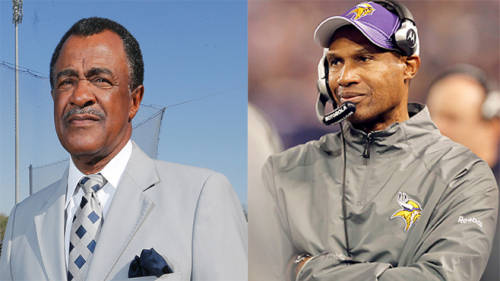 JACKSON, Miss. – The Southwestern Athletic Conference (SWAC) will be creating a footprint come this weekend at the Mississippi Sports Hall of Fame and Museum.

Two of the six newly-to-be inducted Hall of Famers hold lasting ties to the SWAC in the sports of baseball and football.

The weekend’s events include the Drawdown of Champions at the Museum on Friday night beginning at 6:30 p.m., Meet the Inductees at the Museum Saturday from 10-11:30 a.m., and the formal enshrinement and banquet on Saturday with the ticketed reception at 5:30 p.m. and the program honoring the inductees at 7 p.m. at the Jackson Convention Complex.

Braddy, whose career coaching record was 824-546-3, was a 12-time SWAC champion whose teams made four appearances in the NCAA Tournament. Under his tutelage, 52 players went on to play on the professional level including two who were first round draft picks.

Braddy was also recently inducted into the National College Baseball Hall of Fame. The Florence, Mississippi native served as the first full-time baseball coach in Jackson State history and took the Tigers program from NAIA to NCAA Division I. Braddy also served as Athletic Director at JSU from 2006 through 2011.

In 1978, his Tigers posted a 52-12 record, which is a SWAC and JSU record. Braddy also played baseball for the Tigers under head coach Joe Gilliam, Sr. and was named an All-Conference selection in 1962 and 1963 as a pitcher.

Frazier, 58, was named the Bills’ defensive coordinator earlier this year after serving one year as the Baltimore Ravens defensive backs coach.

Focusing on the importance of a ball-hawking mentality, the Ravens produced 18 interceptions compared to a franchise-low six interceptions from the previous season. The unit ranked ninth in the NFL in passing defense under Frazier.

Most notably, Frazier served as the Minnesota Vikings head coach from 2011-2013 and also was a two-time Super Bowl champion as a player on the 1985 Chicago Bears and a coach on the 2006 Indianapolis Colts. He has also coached several different NFL teams in his career such as the Tampa Bay Buccaneers, Philadelphia Eagles, Cincinnati Bengals and on the college ranks at the University of Illinois and the Trinity International University, where he led the team to a pair of Northern Illinois Intercollegiate conference titles.

As a cornerback for Alcorn State, Frazier was named one of the 50 greatest players of all-time in Braves history.

Frazier is ranked among the best all-time in the SWAC in career interceptions (20) and is tied for the most in school history in a single season when he intercepted nine passes in 1979. He is the all-time leader in school history in interception return yards in a single season with a total of 157 yards in 1979. He was also a member of the 1979 SWAC championship team.

The drawdown of champions will charge $50 per person and will feature a party to celebrate the 2017 inductees. Patrons can win thousands in cash and rub shoulders with some of the best-known names in Mississippi sports. Bid are open for autographed sports memorabilia from the state and national heroes plus golf outings, home accessories and additional items.

It will follow with a Meet the Inductees opportunity where the members from different classes will be available to the public at the museum. Regular museum ticket prices apply.

It will wrap with the 55th annual induction reception and banquet.