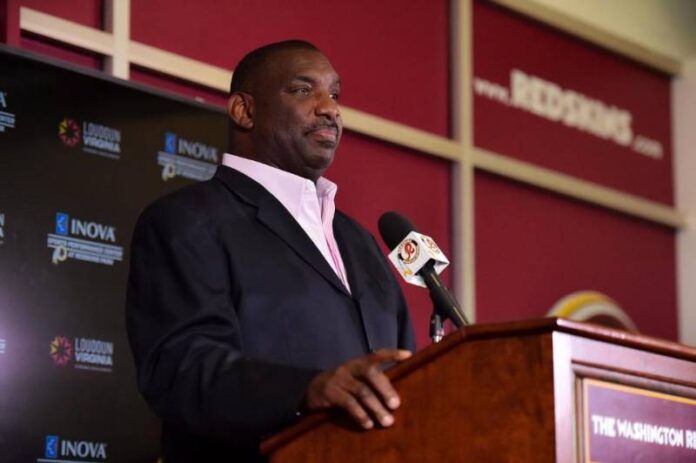 Williams has served as a personnel executive in the team’s front office since 2014. Prior to his tenure as with the Redskins, Williams led Grambling’s football team as head coach, spending two stints with the Tigers program (1998-2003, 2011-2013), coaching the team to four SWAC championships during those years.

Between those periods, Williams was with the Tampa Bay Buccaneers as personnel executive from 2004-08 before being named the team’s director of pro personnel in 2009.

A member of the 80 Greatest Redskins and a Redskins Ring of Famer, Williams played with the Redskins from 1986-89 and led Washington to a Super Bowl XXII title, a 42-10 rout of the Denver Broncos. Williams, the first African-American quarterback to play in a Super Bowl, completed 18-of-29 passes for 340 yards with four touchdown passes to earn Super Bowl XXII MVP honors.

As Grambling’s quarterback from 1974-77, Williams had a spectacular college career, passing for more than 8,000 yards and 93 touchdowns, leading the Tigers to three National Black College National Championships and two SWAC titles. He posted a 35-5 record as a starter and finished fourth in voting for the 1977 Heisman Trophy.

Redskins.com contributed to this report.