This past Friday, a week after Byron Samuels was fired, Florida A&M Athletics Director Milton Overton announced the school plans to hire its next head basketball coach within 14 days.

At the latest, the move would come five days before the April 12 deadline for spring signees.


Overton came to FAMU in June 2015 after spending six years as an associate AD at Alabama. So, he doesn’t (necessarily) need any suggestions from the humble brain trust at HBCU Sports, but after the Rattlers went 17-71 in three seasons under Samuels, a few (potentially) helpful hints certainly won’t hurt.

While Overton didn’t promise to hire a Rattler, he did tell the Tallahassee Democrat he’d interview at least one.

Fewer candidates could be as qualified, at least on paper, as Scott.

Scott currently serves as Roman Banks’ right-hand man as the associate head coach at Southern. He’s also had stints as an assistant at Grambling St., where he helped the Tigers get to the finals of the 2011 Southwestern Athletic Conference tournament, and Southeastern Louisiana.

As a sophomore in 1999, Morris was a first-team All-Mid-Eastern Athletic Conference selection, leading the Rattlers to their first ever NCAA tournament appearance. Scott was on staff as a graduate assistant when FAMU won the MEAC before going on to down Lehigh in the play-in game of the 2004 NCAA tournament.

This one is sort of a gimme, because the former Florida State coach has already applied.

Since leaving Tallahassee, he’s held head coaching gigs at DePaul, Montana, Towson and Pace, but he’s been out of coaching the past two seasons.

His past speaks for itself, and he’s kept busy as an adviser for a national recruiting the past two seasons. After Samuels left the program in utter disarray, Kennedy could serve as a quality stabilizer, especially if he’s tasked with identifying and training up a successor within five years. Plus, his resume alone could entice higher-profile players to sign on for the rebuild.

Sure, this hire would’ve looked a lot sexier three years ago. That’s when Douglas led Tuskegee to a 21-12 record, winning both Southern Intercollegiate Athletic Conference and Southern Regional titles on its way to reaching the NCAA Division II Elite Eight, the farthest any SIAC team has advanced in the postseason.

Instead, Douglas signed on to take over the reins at Miles College, completing the trifecta of DII schools in Alabama, having started his coaching career at Stillman College.

In three seasons in Fairfield, Ala., Douglass has failed to bring the Golden Bears a conference title, a feat he accomplished in Tuscaloosa and Tuskegee. At Miles, he’s turned in just one winning season, a 17-13 campaign in 2015-16. Nonetheless, his pedigree as a former first-round NBA draft pick and veteran, proven track record at his previous two stops and experience at HBCUs could make him a viable candidate.

Plus, he’s an Alabama basketball legend. That just might prompt Overton to shout him a holler given his ties to the Crimson Tide. 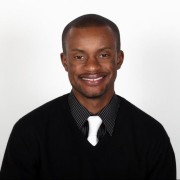