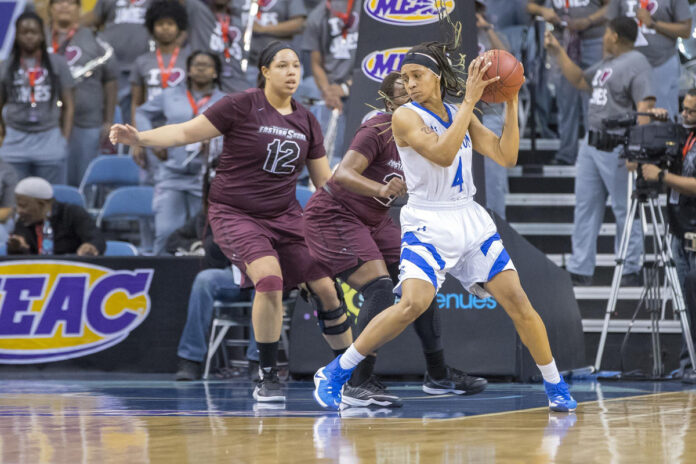 The Lady Pirates (18-12) advanced to Friday’s semifinal, where they will face No. 7 North Carolina A&T State at approximately 2 p.m.

Joining Brown in double figures were Monnazjea Finney-Smith with 17 points (along with eight rebounds and six assists), Kaylah Lupoe with 12 points and Dejane’ James with 10 points (to go along with seven assists).

But Mikayla Sayle hit a layup 22 seconds later to send Hampton into the break with a 31-30 lead.

The Lady Pirates opened the second half on a 17-5 run, opening up a 48-36 lead with 4:44 remaining in the third quarter after a Brown layup. From that point on, MDES never got closer than within two possessions.

Mack led the Hawks with 13 points and six rebounds.