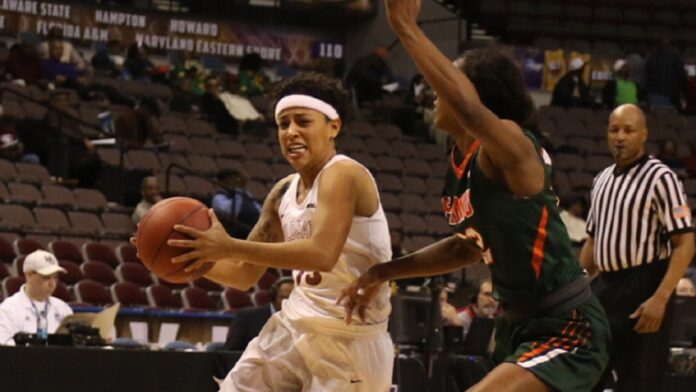 
Bethune-Cookman overcame a slow start that saw Florida A&M (13-19) take an early 10-2 lead, but Williams scored seven points in the final 2:10 of the period that allowed the Lady Wildcats to take a 15-14 advantage after one period.

Williams started the second half with a three-pointer to give Bethune-Cookman a 28-22 lead, but Florida A&M rallied to tie it at 29-29 on a Florence Outtara layup with 6:22 left in the period.

Bethune-Cookman began pulling away, holding Florida A&M scoreless five minutes to take leads of 39-31 on a Chasimmie Brown layup with 1:52 and 41-33 on two Cooper free throws with 42 seconds left.

The Lady Wildcats held Florida A&M to 2-10 shooting from the field in the final 10 minutes, and Brown’s layup with 5:09 gave

Bethune-Cookman its biggest lead at 55-36. Florida A&M never got closer than 13 after that.
Cooper, a senior, also had five rebounds and five assists as the Lady Wildcats advanced to a championship for the first time since 1992. Williams, a junior, had seven rebounds.

Florence Ouattara led the Rattlers with 11.