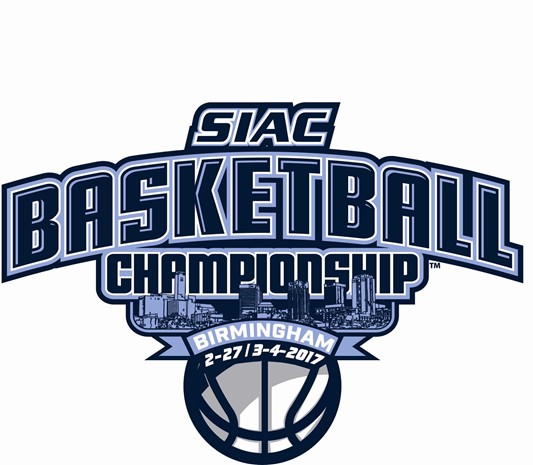 Zuri Frost scored 20 points to help the Albany State Golden Rams (8-19) to a 61-59 victory over Kentucky State in quarterfinal action on Monday afternoon. Kayla Green finished with 15 points ahead of Elesha Foster who added 10. Albany State takes on Benedict, the 2017 SIAC Women’s Basketball regular season champion on Wednesday at 1 p.m.
Aliyah Gipson finished with a game-high 23 points for Kentucky State who ended the season with an overall record of 11-15.

Morehouse (17-9) shot 55.3 percent from the field in a 72-55 win over Tuskegee on Monday night. The Maroon Tigers were led by Martravious Little who scored a game-high 23 points. Little was 8-of-12 from the field while recording five rebounds and four assists. Tyrius Walker finished with 13 points followed by Jordan Wallace and Keyshaun Jacobs who tallied 12 each. The Maroon Tigers meet Lane, the 2017 SIAC Men’s Basketball regular season champion on Wednesday at 7:45 p.m.
Tuskegee was held to shooting 36.7 percent from the field and was led by James Eads who finished with 12 points. Daniel Roach and Myles Thomas added 10 points each as the Golden Tigers ended the season with an 8-19 record.

Four players finished in double-figures in scoring for LeMoyne-Owen to take down Paine 67-53 in a quarterfinal game on Monday evening. Tenesha Wright had an all-around performance for the Magicians (7-22) as she finished with 12 points and 10 rebounds. Teresa Mays finished with a game high 17 points while Champale Grays added 15. Grays also grabbed nine rebounds. Courtney Banks came off the bench to score 11 points for LeMoyne-Owen who will face Central State, the 2017 SIAC Women’s Basketball west division champions on Wednesday, March 1 at 5:30 p.m. Wednesday’s matchup will be the third time this season the two teams have faced each other.

Monday’s loss for the Lady Lions marked the final game for Kayla Lewis (12), Janisha Wilkerson (10), and Mikalia Wallace (nine) who all led Paine in scoring. Paine struggled early in the first quarter as it was held to 18.8 percent shooting from the field. The Lady Lions finished the 2016-17 season 11-17 overall.

Rashawn Brown finished with 28 points including seven 3-pointers to help lift LeMoyne-Owen to a 94-82 win over Paine in Monday’s opening round game. Justin Street scored 24 points and added nine rebounds. Aston Morton scored 11 points along with five rebounds. The Magicians (10-18) shot 53.8 percent from the field throughout the game. LeMoyne-Owen faces the winner between No. 3 Benedict/No. 6 Central State on Thursday, March 2 at 3:15 p.m.
Paine was led by Kaderious Compton who scored 26 points for the Lions. Yusuf Riley recorded a double-double of 15 points and 12 rebounds. Malcolm Whittington rounded out the double-digit scorers for Paine with 18 points.