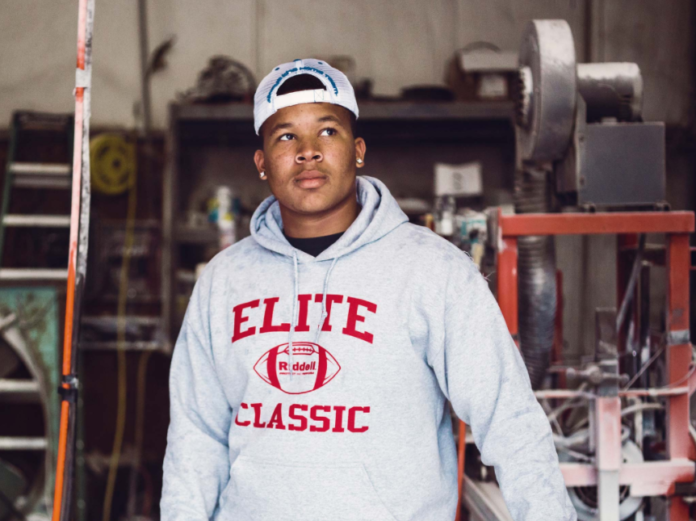 National Signing Day has evolved into one of the worst spectacles of commercialism and exploitation associated with American sports.

Universities, recruiting websites, fanatics and us, the media, have combined to create an atmosphere which allows impressionable young athletes to be celebrated as nothing more than currency to be used by corporations to amass riches off the promise of their unique talents.

The annual pomp and circumstance event also is a sobering reality check for HBCU football programs.

The best prep football players — the 5-star kids — the ones who make up top 10 FBS recruiting classes nationally, have seemingly been beyond the reach of black colleges since full-fledged desegregation was finalized a half-century ago.

But what does it say when a non ESPN 300 recruit won’t even consider an HBCU?

That is where Georgia high school quarterback K’Hare Lane comes in.

The 6-foot, 230-pound senior passer put up record numbers at Macon County High School where he threw for a state record 56 touchdowns en route to leading the football program to a state championship.

But, Lane’s gaudy numbers were not good enough to earn him an FBS scholarship offer that he feels he deserved.

“From California all the way down to Mississippi,” Macon County head coach Dexter Copeland told the Bleacher Report as part of a profile on Lane. “The FCS schools have taken a look at him. Junior college coaches are telling him that he can come there for a year, and they’ll get him the offer that he wants. And that’s basically it.”

These schools have produced NFL talents and even Pro Football Hall of Fame members.

Lane’s decision not to sign a national letter of intent with an HBCU — even the elite football schools — reinforces the damaging idea that black colleges are somehow inferior to predominantly white institutions.

There are countless first and secondhand accounts of coaches and parents brazenly believing that their sons and players are too good for HBCUs. That their abilities should not be wasted or risked in environments not conductive to the same respect found in college towns like Ann Arbor, Michigan, Stillwater, Oklahoma or Athens, Georgia.

It is also problematic that an HBCU is seen as a steppingstone on the road to possible glory at the FBS level.

To this day, black colleges, especially the athletic programs, have to fight the perception of being sports wastelands.

K’Hari Lane is a by-product of a time where the value of an athlete is assessed by glorified emojis, only a small group of institutions determines a young man’s self-worth, and the reputation of HBCUs is a last resort.

This is on us, too. We’re accomplices in constructing Lane’s mentality that the only way to true success doesn’t go through a black college near you.