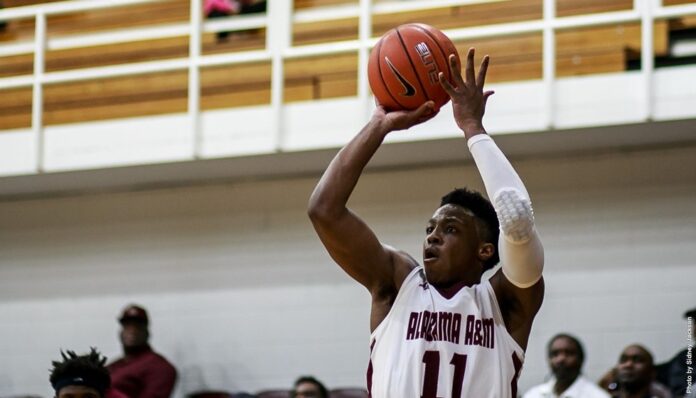 HUNTSVILLE — The Bulldogs hung with Jackson State in the early going Monday night but the Tigers eventually pulled away for a 63-51 win in the SWAC opener for both teams.

De’ederick Petty got the Bulldogs the early lead with his three-pointer just 18 seconds into the game.

However, it was the only lead for A&M as Jackson State took a 4-3 lead at 17:58 and never trailed after that. The Tigers, last year’s SWAC championship runners-up, led 27-22 at the half.

Trailing 35-27 about 4 1/2 minutes into the second half, the Bulldogs went on a 7-0 run, paced by five points from Rakiya Battle – including a three-pointer – and an Ariston Johnson layup.

But after a JSU timeout, put up a 17-3 run over the next seven minutes to take a 52-37 lead and take command of the game.