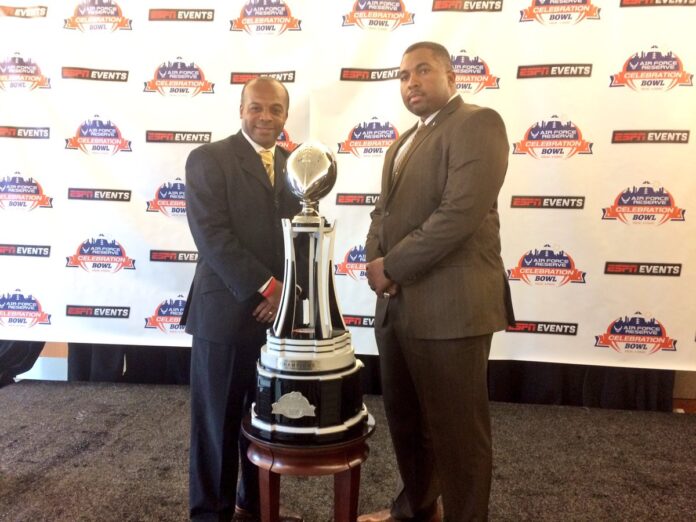 Who: Grambling vs. North Carolina Central

Best win: Grambling State was a 27-20 winner over Alcorn State to take the SWAC Championship on Dec. 3. The victory, which was Grambling’s 18th over a SWAC opponent in the last 19 games, was especially impressive after the Tigers fell behind by as many as 17 points to the Braves before outscoring Alcorn State 27-3 in the second half.

Running back Martez Carter: The 5-foot-8, 175-pound junior has tallied 913 yards and scored six touchdowns over the last three games, including a 136-yard performance in the SWAC Championship against Alcorn State.

Quarterback DeVante Kincade: The SWAC Offensive Player of the Year went 15-for-22 for 232 yards and two touchdowns in the Tigers 27-20 comeback win over Alcorn. For the season, Kincade has thrown for 2,957 and 33 touchdowns.

Wide receiver Chad Williams: The lanky receiver is tops among all Grambling receivers with 80 catches, 1,191 and 10 touchdowns.

Stat to note: The Grambling State defense has allowed an average of 81 rushing yards per game this season.

Best win: The Eagles beat in-state and conference rival North Carolina A&T 42-21 to win at least a share of the MEAC championship for the third consecutive season.

Worst loss: The Eagles defense allowed 31 first downs and 359 yards of total offense in a 70-21 loss to Western Michigan on Sept. 10.

Quarterback Malcolm Bell tops the MEAC and ranks in the top 30 in the FCS in points responsible for with 152 comprised of 16 passing, 9 rushing touchdowns this season.

Linebacker Reggie Hunter: The 6-foot, 220 linebacker tops the Eagles in tackles with 73 and has 11 tackles for loss this season.