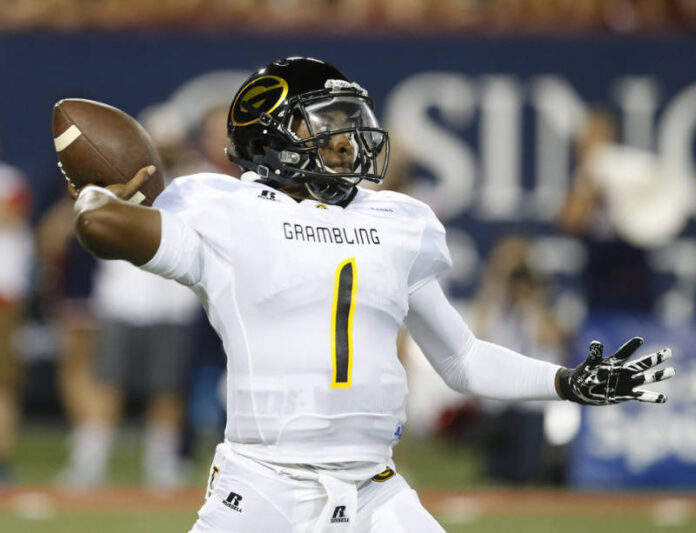 The Air Force Reserve Celebration Bowl will feature two of the best teams in the FCS over the last calendar year when Grambling State faces North Carolina Central.

1. What weakness, if any, did Alcorn State expose during the SWAC Championship or did Grambling just get off to a slow start?

I don’t know if it was so much a weakness as it was just another slow start for Grambling. Once the Tigers get in gear, they go. We’ve seen that all year. One thing I did notice is DeVante Kincade was flustered in the first half. Alcorn State brought some pressure and forced him to make quick decisions. All the games I’ve saw Kincade can simply stand back and fire the ball downfield. N.C. Central will need to knock him off his mark Saturday.

2. How much does it help Grambling to know that DeVante Kincade didn’t exactly play his best game and the team was still able to win?

He took the game over in the second half. Without it Grambling probably doesn’t win. But this is what Grambling has done all year. The Tigers find ways to win. When Kincade doesn’t play well, Martez Carter or Jestin Kelly can carry the torch or the defense and special teams can score touchdowns. This isn’t just a one-man show.

3. How does Martez Carter’s presence and production allow the Grambling offense to function the way it does?

There’s a reason they call him Mr. Excitement. He’s a big play waiting to happen. This year, at least more so than 2015, he’s more patient with his running ability. He’s the same player receiving the ball and on special teams, but he’s matured as a runner. Plus, he responds well to the big stage. That said, he’s been big the last two weeks because that’s how teams have played Grambling. When the stats aren’t there, it’s not necessarily because Carter is having a bad game, rather Grambling wants to attack the defense in a different way. It’s becoming harder and harder to focus on Kincade with Carter running wild back there.

4. What would winning the Celebration Bowl mean to this program, especially after where it was just a few years ago before Broderick Fobbs took over?

Ask anyone inside the program and most will say Grambling is on the way back. Not quite yet there, but trending in the right direction. I don’t know if Broderick Fobbs would say GSU is officially back with a win — he’s a perfectionist and has huge goals here — but a black national college championship would be remarkable considering where the program was in 2013.

5. What matchup are you most looking forward to on Saturday?

I’ll give you two. Malcolm Bell against Grambling’s defense. I think his ability to run the ball could give Grambling some difficulties. I’m also interested to see how N.C. Central plays Martez Carter. Do they dare kick it to him on special teams? And how do they defend him on offense?