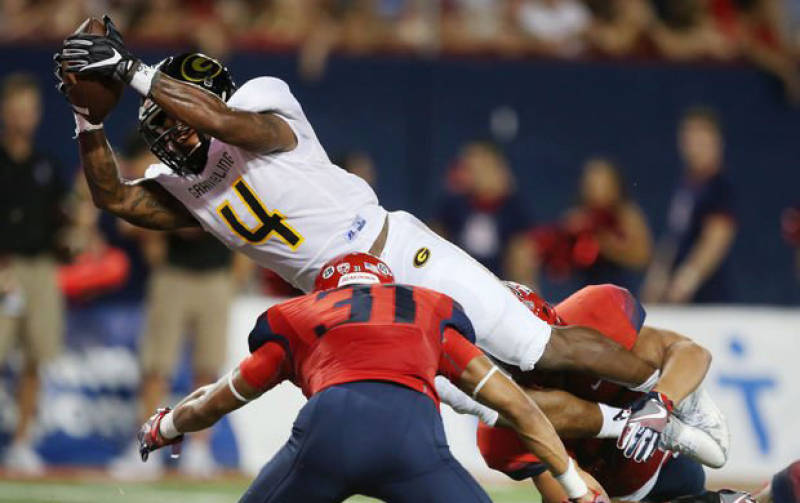 The 43rd annual Bayou Classic was one of the most anticipated matchups in recent memory with both Southern and Grambling State entering the game unbeaten in SWAC play. It appeared from the outset that this would be a classic close affair with the team’s only separated by a 17-13 halftime score. However, Grambling dominated the second half to pull away 52-30. It was a statement victory for the Tigers heading into next week’s SWAC title game against Alcorn State.

Here are takeaways from this year’s annual Bayou Classic.

Lenard Tillery, the SWAC’s all-time leading rusher, had one of his best performances in his last game as a Jaguar, rushing for 234 yards on 9 yards a carry and one touchdown in the 52-30 loss to Grambling. His 82-yard run TD run just before halftime brought Southern within 17-13 before the Tigers scored the next 21 points in the third quarter to build an insurmountable lead.

The senior running back, who finished the year with a school-record 1,569 yards, played hard to the final whistle even though the game was well out of reach.

The former walk-on might have earned himself a shot at the NFL with the career he’s put together at Southern.

“Adversity can’t stop you,” Tillery told The Advocate. “No matter who tries to get in your way. No matter what obstacles you have to face. If you put your head down and go though it, you’re going to overcome every time.”

Southern entered the Bayou Classic plus-17 in turnover margin. But a pair of first-half turnovers — both involving quarterback Austin Howard — stunted the Jaguars ability to get anything going against Grambling.

The first miscue came with a little more than five minutes left in the first quarter and Southern behind 7-6. Howard seemingly was in the midst of ending an 88-yard drive with a touchdown run. But as Howard approached the goal line on a QB keeper, he fumbled the ball just before breaking the plane. The loose ball rolled out of the back of the end zone for a touchback.

The second Southern turnover came on a third-and-5 at the Grambling 32-yard line when a Howard pass deflected off the outstretched hands of Willie Quinn and into the arms of Grambling defensive back Ja’Terious Pouncey for a drive-killing interception.

Dispatching previous unbeaten Southern by 22 points en route to a division championship and a trip to the SWAC Championship Game in Houston next Saturday cemented Grambling as the clear-cut best team in the conference. The Tigers have won its 10 games this season by an average of 19 points per contest. On a neutral field, it is not unrealistic to consider the Tigers at least a touchdown favorite over Alcorn State. That’s how good Grambling has proven to be this year until the Braves, or potential Celebration Bowl opponent North Carolina Central, proves otherwise.