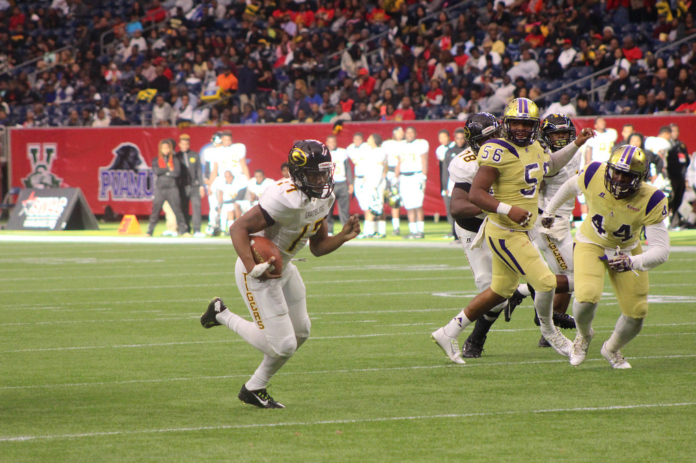 Grambling State University benefited from the N.C. A&T-N.C. Central matchup to move into first place in this week’s HSRN FCS Football Poll. N.C. Central’s 42-21 victory over in-state rival N.C. A&T helped both GSU and NCCU leapfrog the Aggies in week 12. A&T fell to third place with the remaining spots staying the same except for a flip-flop between Hampton and Alcorn State.

The Pirates lost the Battle of the Bay 17-10 to Norfolk State, while ASU’s Braves took care of Jackson State, 35-16, in what was once called the “Soul Bowl” in Lorman, MS.

Southern and Tennessee State stayed firm to complete the top five in the FCS Poll. Bethune-Cookman’s Florida Classic win over Florida A&M helped the Wildcats return to the poll at number ten.

The Division II/NAIA Poll is frozen until the end of the playoffs. Winston-Salem State and Tuskegee both earned post season bids and the TU Golden Tigers are still alive in the chase for a national championship.

Langston finished its season at 7-2 but missed out on NAIA postseason play.