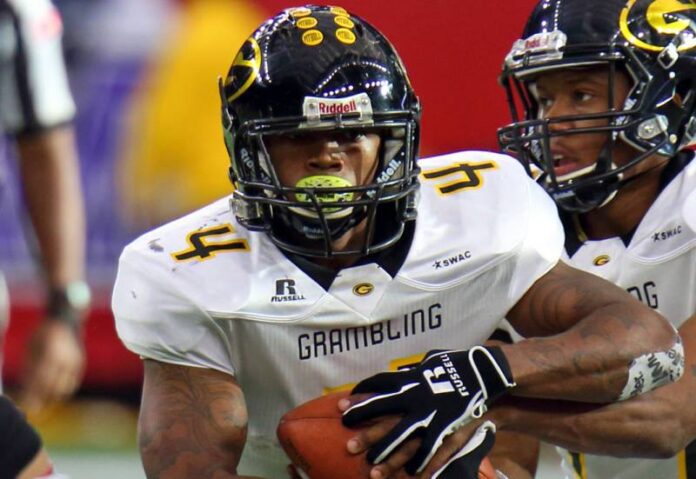 The plan worked out beautifully for last year’s inaugural matchup when MEAC co-champion North Carolina A&T faced SWAC champion Alcorn State before a crowd of 35,528 spectators. The Aggies won that contest 41-35 in an ABC televised game that was the second most watched bowl game of the five bowl games to kickoff the 2015-16 bowl season.

With North Carolina Central (9-2, 8-0 MEAC) punching a ticket to this year’s bowl game, after winning an outright MEAC championship title Saturday over rival North Carolina A&T, the Celebration Bowl’s plan has worked as designed on the MEAC side of things.

However, the same can’t be said for the SWAC’s current situation. It’s just a tad bit more complicated.

Three of the SWAC’s 10-member teams are still in contention of winning a conference title. That number will be reduced to two teams at the conclusion of Saturday’s Bayou Classic football game between Grambling State (8-1, 8-0 SWAC) and Southern University (8-2, 8-0 SWAC) at the Superdome in New Orleans. The game’s winner will be crowed SWAC West division champion and will then face SWAC East division champion Alcorn State (5-5, 5-4 SWAC) in the conference championship game at NRG Stadium in Houston on Dec. 3.

Despite winning the SWAC East division outright, Alcorn State will be the first team to compete for a conference championship with an overall non-winning record since the SWAC Championship Game began in 1999.

Southern, in the midst of an eight-game winning streak, is ineligible to play in this year’s Celebration Bowl due to a postseason ban announced by the NCAA in April for low APR scores.

If Southern defeats Grambling in the Bayou Classic, Alcorn State – regardless of the SWAC Championship Game’s outcome – will represent the SWAC in the Celebration Bowl to face North Carolina Central. Additionally, if the Braves lose the conference championship game to Southern, they would enter the Celebration Bowl with an overall losing record of 5-6.

The SWAC office confirmed this scenario in an email sent to HBCU Sports in October. “If Southern wins the west, they can still compete for in the SCG,” then SWAC Director of Communications Jasher Cox wrote. “If by chance they win the championship game, the eastern division winner will advance to the Celebration Bowl.”

A conference representative in a bowl game with a losing record is a scenario the Celebration Bowl, MEAC and SWAC brass probably didn’t anticipate, but has since become a realistic possibility now that the Braves are just one win – or a Grambling loss – away from earning another trip to Atlanta.

That leaves Grambling. The Tigers currently face no NCAA postseason bans, are assured to finish the season with a winning record and is the only SWAC team ranked in the FCS Coaches poll (No. 14) and the Stats FCS poll (No. 16).

If the Celebration Bowl’s blueprint remains to highlight the best teams both conferences can offer, as was the case a year ago, Grambling serves as the SWAC’s most attractive offer.

The MEAC has already delivered as promised.