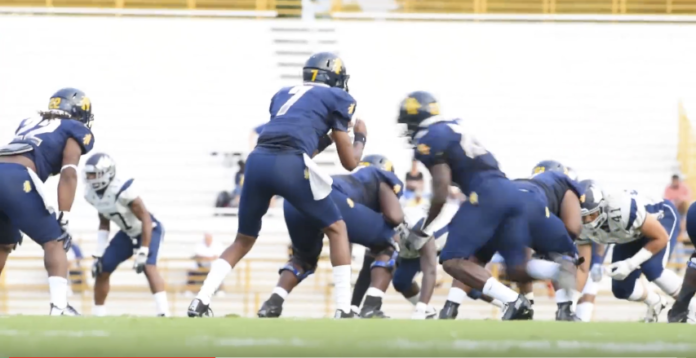 Despite a disappointing 42-21 loss in their regular season finale against North Carolina Central Saturday, eliminating the chance of winning a MEAC football championship and a berth to the Celebration Bowl, the North Carolina A&T Aggies managed to receive an at-large bid Sunday to participate in the NCAA FCS Playoffs.

The Aggies (9-2) will face CAA member Richmond (8-3) Saturday at Robins Stadium on the Richmond campus.

A&T will be making its first appearance to the NCAA playoffs since 2003 when the Aggies faced Wofford in a first round game that resulted in a 31-10 loss.

NC A&T’s game against Richmond is scheduled for a 2 p.m. start and can be seen on ESPN 3.