The weekly band poll, which allows fans to vote on select halftime band performances from the previous weekend, focused solely on the performances of HBCU marching band that compete at the Division II level.

The Purple Marching Machine won for its halftime performance last weekend against Tuskegee at Legion Field in Birmingham, Ala. 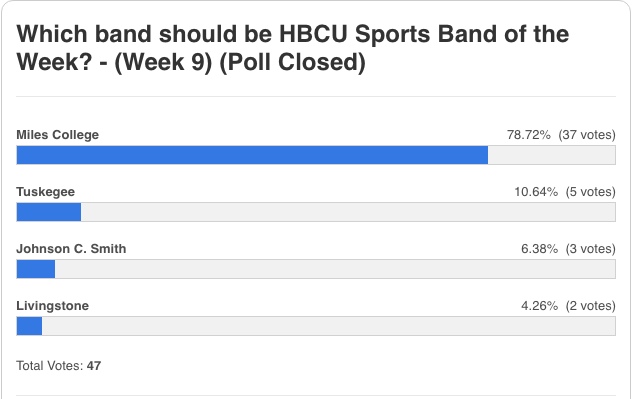