An Arkansas-Pine Bluff football player took to social media to criticize referees who kneeled during the national anthem during a recent college football game.

Freshman kicker Sam Beavers shared his disappointment on Twitter in reaction to a photo of two game officials deciding to kneel as the Star-Spangled Banner played prior to the start of the Virginia Union-Virginia State game on Saturday.


“I’m a bit tired of this,” Beavers wrote. “If you don’t like it, leave #Murcia #USA utterly classless.”

I'm a bit tired of this. If you don't like it, leave. #Murcia #USA utterly classless. https://t.co/vihzUyKY0z

Beavers, in reaction to his tweet, went on to say “I was born here. And you don’t inherit the victimization of your ancestors. That’s an absurdity.”

The practice of kneeling during the national anthem made national headlines when San Francisco 49ers quarterback Colin Kaepernick decided to engage in the protest to bring awareness to the mistreatment of minorities.

Since then, similar protests were conducted throughout the NFL, college, and youth sports.
“If we can’t rally around the flag what can we really rally around,” said Beavers.

Beavers, who is credited with one tackle this season, called the protests “anti-American sentiments” and “treason.” 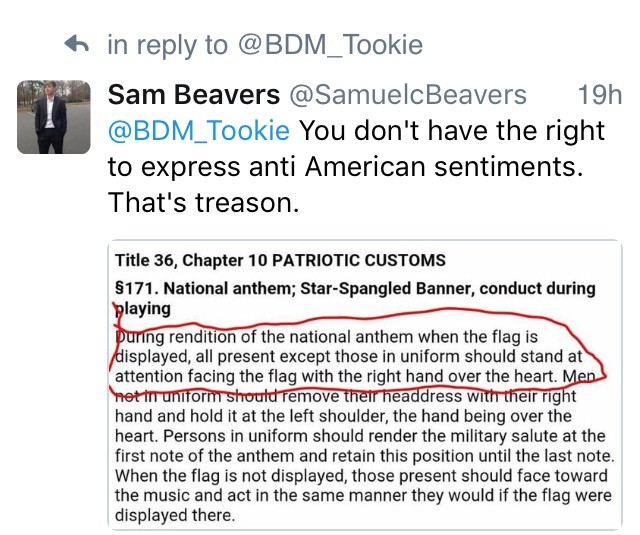 He also mentioned that Planned Parenthood “is killing black children by the millions.”

“Wanna help me stop this atrocity,” he wrote. 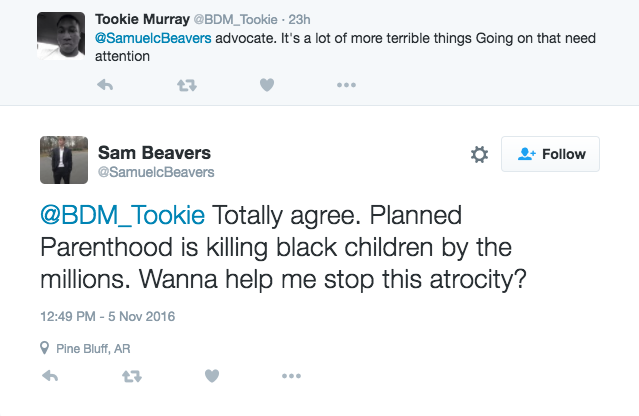