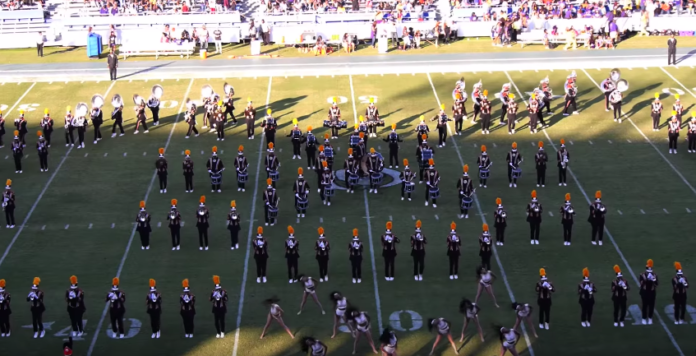 The “World Famed” Tiger Marching from Grambling State was voted HBCU Sports Band of the Week for Week 5.

Of the 11 bands nominated for this week’s vote, the GSU band won the poll for its halftime performance last weekend at the State Fair Classic in Dallas, generating 44.6 (1,181 votes) percent of the 2,648 votes tallied.


Benedict College’s Marching Band of Distinction had a strong second place finish with 40.11 (1,062 votes) percent of the vote, followed by Prairie View A&M (193 votes) and Miles College (147 votes) in the 4th spot.

For Grambling, it’s the second time this season the band has received band of the week honors. 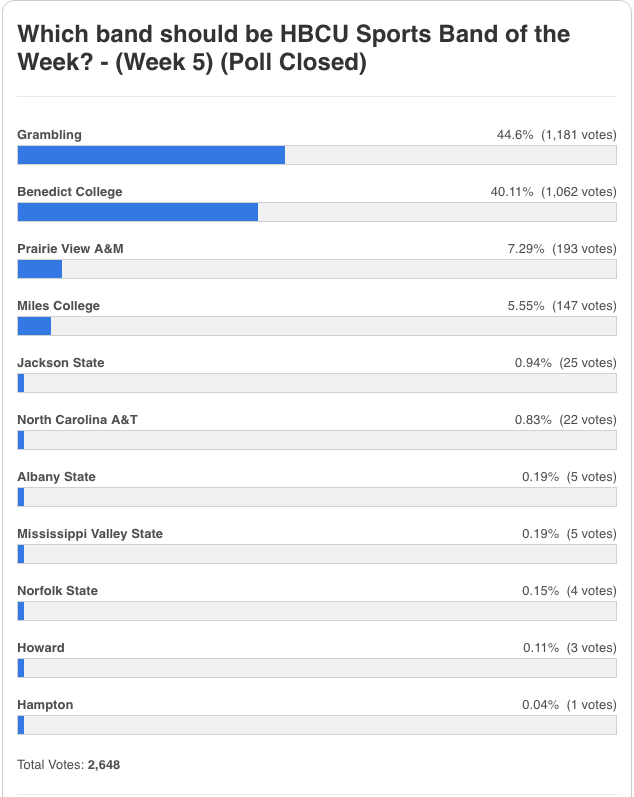