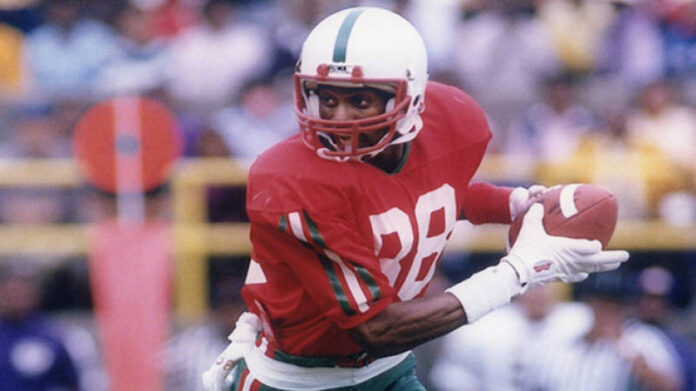 Jerry Rice wants to be educated.

In a tweet posted on Wednesday, the Pro Football Hall of Fame inductee admitted he was oblivious to how dismissive and overtly racist the phrase “All Lives Matter” was in the in response to the Black Lives Matter movement.

All lives matter. So much going on in this world today.Can we all just get along! Colin,I respect your stance but don’t disrespect the Flag.

At the time, Rice’s observation was seen as disrespectful to the issues at hand to and every minority who experienced the oppression Kaepernick spoke of.

What’s worse, it was seen as if Rice – like many critics of the method of protest – seemed more concerned about protecting a song and piece of cloth than the lives that had been lost under the authority of those symbols.

But in the weeks that followed, Rice exhibited a change of heart. We don’t know what brought forth this new perspective. It is welcomed.

The obvious question here in the interim is how Rice can have been unaware, as he said, to the subversion of the social media-fueled “All Lives Matter” refrain used to silence the voices of black people seeking liberation?

Answer: He lives in a bubble.

We all live in some sort of bubble. Whether it’s being unfamiliar with foreign affairs, the latest hit TV show or even what’s happening on the other side of the tracks in the cities and towns we call home.

We intentionally craft a 24-hour utopia for ourselves to provide comfort and shelter from the realities around us. Some of us unknowingly create bubbles because we’re caught up in work, our families and other responsibilities that pull us away from the world.

It’s not all that unusual the position Rice found himself in, though. He’s rich and likely has surrounded himself with people and commitments that don’t allow most room for current events.

However, Rice stood up and admitted his wrongs, which is often difficult for a former pro athlete who has always been guided by ego to do.

It’s admirable that Rice took the time away from his bubble for a moment to examine the issues of the day and what they mean to people who look like him.

That’s all anyone associated with these social movements has ever wanted.

Glad at least there is someone who attempts to understand.