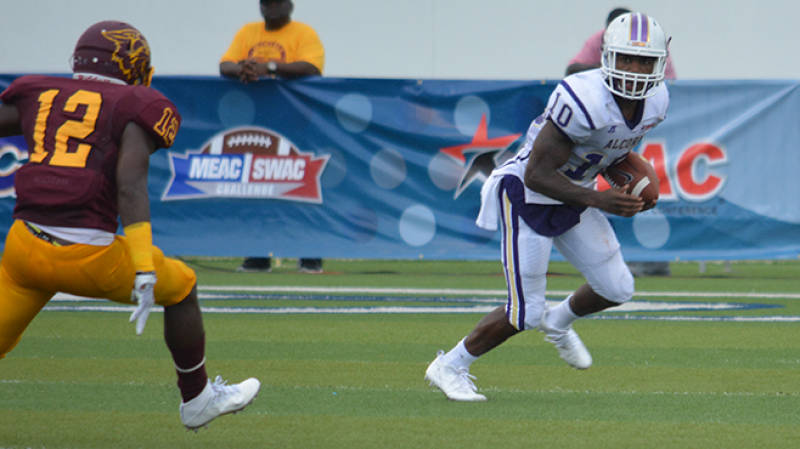 Due to weather conditions and concern for student-athlete and spectator safety, the 2016 MEAC/SWAC Challenge was canceled Saturday and will not be made back up.

After two hours and fifty seven minuets of delayed action, the game ended with Alcorn State leading Bethune-Cookman 13-7 with 7:34 second left before halftime.


Lenorris Footman had a very effiecient first half completing eight if his nine passing attempts for 95 yards and a pair of touchdown passes to Jaborian McKenzie and De’Lance Turner. Marquis Warford ran for 36 first half yards on six carries.

The Braves were led on defense by Michale Hurns and his six tackles before the game was called.

Southern will appear for the third time (2007, 2010) at the MEAC/SWAC Challenge. The Jaguars are led by fourth-year head coach Dawson Odums.