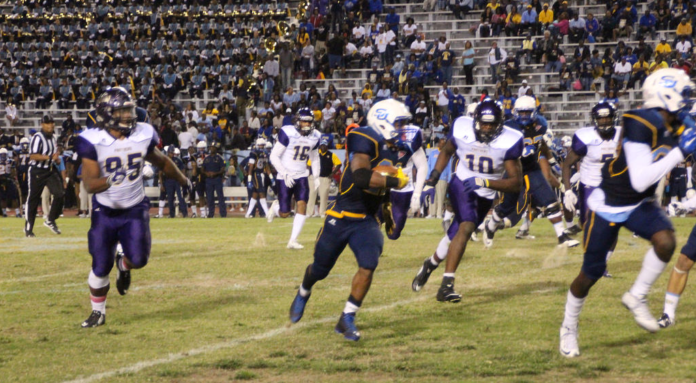 The teams were released during the 2016 SWAC Football Media Day after ballots were completed by the league’s head coaches and sports information directors. Fifty-one players were named to this year’s preseason teams, with several returning players that earned all-conference at the conclusion of the 2015 season. Should a player that was named to the first team during the postseason not return, the second-team player for that position was elevated to the first team. Players were ranked in their position based on the number of votes received.

Berry, who won the 2015 SWAC Defensive Player of the Year award, has led the SWAC in stops during each of his first three seasons. The Merrillville, Ind. product accounted for a league-best 130 tackles and two fumble recoveries. He is a three-time First Team All-SWAC performer and has earned several pre-and post-season honors.

Out in the West Division, Prairie View A&M was chosen as the division favorite after amassing 41 points in the voting. Grambling State followed with 35 points, and Southern received 32 points. Texas Southern (16) and Arkansas Pine Bluff (11) rounded out the order of predicted finish.

* indicates tie in voting at the position