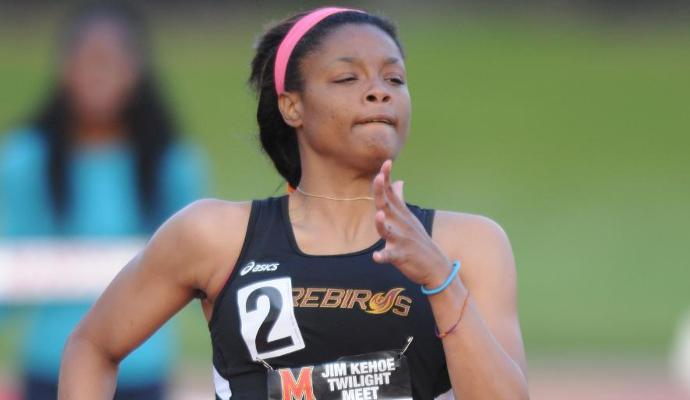 WASHINGTON, DC – Marlena Wright, a recent graduate of the University of the District of Columbia who competed in cross country and indoor and outdoor track & field, was nominated for the 2016 NCAA Woman of the Year Award.

The Bronx, NY native recently earned the East Coast Conference’s most prestigious award for student-athletes who have distinguished themselves through positive actions and behaviors that are consistent with the NCAA Division II attributes of learning, service, passion, sportsmanship, balance and resourcefulness. She also earned the highest honor presented at the UDC Athletics awards banquet this past May – the Reslyn W. Henley Memorial Award – recognizing outstanding character, leadership, and service. Wright was named an Arthur Ashe, Jr. Sports Scholar by Diverse Magazine as well.

Athletically, Wright was a two-time All-American as part of the 4x400M Relay team for the Firebirds in 2014. She was also the first female to win an ECC Championship event in all four seasons, doing so in the 500M run at the conference’s indoor championships from 2013-2016.

Her resume off the track is even more extensive. In the classroom, she graduated with a 3.40 GPA as a Mass Media-Journalism major, and she also took on leadership roles with numerous groups across campus. She was a member of UDC Women of Worth, Photography, and Women in Film & Video clubs, as well as the Student-Athlete Advisory Committee. In addition, she was the president and founder of the UDC Video Club, President of the UDC Literary Club, and the secretary for both UDC Active Minds and Students Overcoming All Risks (SOAR). Lastly, she was the creator and producer of the Athletic Department’s video web series, The Real MVP, and bi-weekly short video series, Hammer Time.

Wright was also involved in community outreach. She helped orchestrate the cross country teeam’s participation in the Light the Night Walk in support of leukemia and lymphoma in honor of the deceased mother of the team’s head coach, Alton McKenzie.