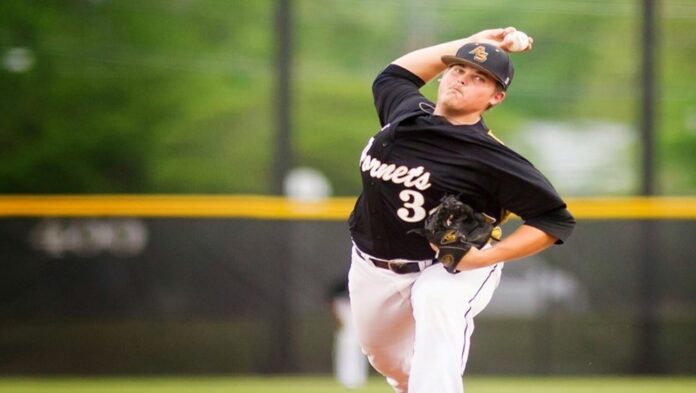 “It’s special,” said Alabama State head baseball coach Mervyl Melendez, who went undefeated in conference play for the fourth time in his career, accomplishing the feat in 2006, 2010 and 2011 at Bethune-Cookman. “Being the top seed in the East was the goal heading into the season. The goal was not to go undefeated, but to play better every game. I’m proud of this team.” [easyazon_infoblock align=”right” cart=”y” identifier=”B006NVKNLG” locale=”US” tag=”hbcusports-20″]

With all the festivities and history looming in the air, Alabama A&M (13-41, 8-16) didn’t make it easy, limiting the Hornets to four hits through the first five innings. ASU took advantage of Bulldog mistakes in the fifth, taking advantage of three hit batsman and two talks to regain the lead 4-3 lead.

After Alabama A&M tied it in the sixth, the Hornets regained the lead for good, as Eriq White scored from third on a double steal attempt prior to the out being made at second base to lead 5-4.

The Hornets broke the game open in the eighth. Ray Hernandez homered to left center on the first pitch of the inning, his 12th of the season, for a 6-4 lead. With one out and following walks to White and Oscar Prioleau, Yamil Pagan tripled to right center, scoring both runners. Pagan then scored on a sacrifice fly by Diandre Amion for the final margin.

“I told our players that team (Alabama A&M) came in with a goal,” Melendez said. “It wasn’t about their record. It was about pride. They fought hard. I thought our pitchers over the last two days, Tyler Howe and Hunter McIntosh did a good job, but you have to give them credit. They came out swing the bat, did a good job offensively Alabama A&M did, and we had two good games against them and two close games against them. I’m proud of my guys for persevering.”

Pagan and Cooper each had two hits, while White and Carlos Ocasio scored twice as the Hornets won for the 18th time in their last 24 games.

Austin Bizzle (2-2) earned the win in relief, with Darren Kelly pitching three innings of one-hit baseball, walking one and striking out four to earn the save.

Alabama State will be the top seed in the East for the third straight year and will take on #4 West seed Southern in the SWAC Tournament Wednesday, May 18 at 6 p.m. in New Orleans.