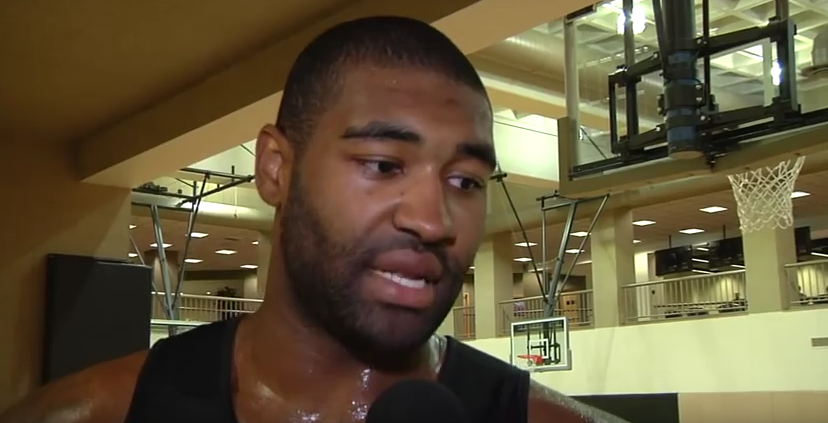 Former Norfolk State University basketball standout Kyle O’Quinn, now of the NBA’s New York Knicks, will be among the university’s more than 600 students expected to graduate on May 7 at the Norfolk Scope.

O’Quinn, 26, will return to the Scope to walk across the stage and receive his bachelor’s degree in interdisciplinary studies.


As a student-athlete, the Queens, New York, native led Norfolk State to its only NCAA Division I Tournament win in school history, an 86-84 win over No. 2 seed Missouri in 2012 which propelled NSU into the national spotlight and helped the center get drafted in the second round of the 2012 NBA Draft. While training for the draft, O’Quinn finished his senior year a few credits shy of completing his degree. The hoops star said he finished his degree through NSU’s School of Extended Learning online to help fulfill a promise that he made to his family.

“My parents were always big on education,” O’Quinn said. “Graduating from Norfolk State was a promise I kept to my mom and dad and is something I wanted to uphold.”

O’Quinn, who just completed his fourth season in the NBA, was drafted by the Orlando Magic, where he spent three seasons. Prior to the 2015-2016 season, O’Quinn returned to his hometown and signed a free-agent contract with the Knicks, where he averaged 4.8 points and 3.8 rebounds per game this past year.

Though the 82-game season is taxing on any NBA player, O’Quinn never forgot about his ties to Norfolk State. He helped to raise money for the University’s “I AM NSU” donor campaign and has also served as a mentor to players on the NSU basketball teams.

In February, the Norfolk State University Athletics Department held a Kyle O’Quinn Bobblehead Night and distributed more than 600 bobblehead dolls to attendees. O’Quinn was in attendance and signed autographs for guests. The player remains one of Norfolk State’s most popular former student-athletes.