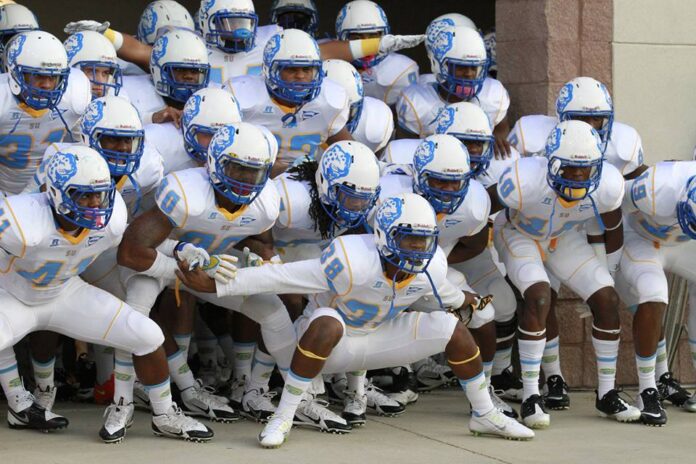 Even though HBCUs as a collective saw improvement in Academic Progress Rate over a one-year period, as many as seven schools will be banned from postseason play following the latest round of APR scores released by the NCAA on Wednesday.

Among the notable schools that are ineligible for postseason play in football during the 2016-17 season include Southern, Florida A&M, Morgan State, Howard and Savannah State.

According to the NCAA, Southern’s football and baseball programs posted rates of 816 and 697, respectively.

Schools may request a waiver from some or all penalty elements. Waivers are overseen by the Committee on Academics. The Academic Performance Program penalty structure includes three levels, with penalties increasing in severity at each level. Schools move through the penalty structure each year, progressing to the next level of severity if their multiyear APR remains below the benchmarks.

The specific penalties for each team are listed on the school’s report in the APR searchable database.

Level One penalties focus on practice restrictions, which provide additional time for teams to focus on academics. Teams facing this penalty lose four hours and one day of practice time per week in season, which is intended to be replaced with academic activities. In 2016-17, 10 teams face this level of penalty.

Level Two penalties include the Level One penalty and a reduction of four hours of practice time out of season, which is intended to be replaced with academic activities. At Level Two, the team’s non-championship season, or spring football, is eliminated. Teams without non-championship seasons face a reduced number of contests. In 2016-17, six teams fall into this category.

Level Three penalties include all Level One and Two penalties, plus a menu of potential additional penalties. These can include additional practice and contest restrictions; coach-specific penalties (including game and recruiting restrictions); restricted access to practice for incoming students who fall below certain academic standards; restricted membership; and potential multiyear bans on postseason competition. Fifteen teams face this level of penalty in 2016-17.

Teams with postseason ineligibility in 2016-17

APR scores are improving for HBCUs

The news comes on the heels of another report lauding HBCUs for increasing it single-year APR scores.  The single-year APR for HBCUs increased from 918 to 956 in the last five years.

The Academic Performance Program assists HBCUs and limited-resource schools in a number of ways. Among them, it provided teams a longer period of time to improve their scores to surpass the 930 penalty threshold from the old benchmark of 900, and allows teams at some schools to avoid penalties if they show improvement.

Additionally, the Accelerating Academic Success Program offers financial assistance to limited-resource schools, many of which are HBCUs, to support their academic needs.

The NCAA staff also is working with those schools to develop educational initiatives that will help administrators learn and apply best practices from similar schools where student-athlete academic performance has improved.

Etienne Thomas, associate athletics director and senior woman administrator at North Carolina Central, said the turnaround wasn’t due to one particular decision or moment. Instead, she credits a variety of changes that underscored the school’s commitment to the academic success of all its students, an attitude that began with the school’s president and was supported at every level.

“It doesn’t mean everything is always perfect, but we are communicating and everybody has the same goal — from the chancellor and the provost down to the coach,” Thomas said in a NCAA news release.

The school also changed the way it was recruiting. Coaches began to focus on academics in recruiting, and administrators implemented academic standards for incoming student-athletes that were higher than both the NCAA’s standards and the Eagles’ benchmark for the student body.

The school now requires coaches to fill out academic paperwork for students they want to recruit in addition to evaluating athletic prowess.

The school allows them to take up to 19 hours per term, and the athletics staff encourages them to take a heavier course load each term.

“We put them in the frame of mind that they can do it,” Lavalais said. “We believe in them and push them and make sure the campus team is behind them as well. We tell them up front you can leave here in five years with two degrees, but you have to make sure you are putting yourself in a position to make the scholarship work for you. … We are constantly motivating them. We want you to be successful as a student-athlete. And you can do both if you prioritize.”

NCAA.org contributed to this report