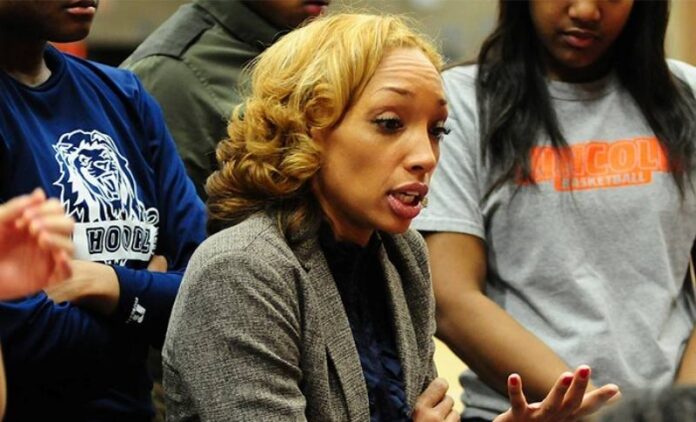 Kern takes over at MVSU after spending last season as an assistant coach at the University of Furman, where she helped guide the Paladins to the semi-finals of the Southern Conference Tournament.

Prior to her arrival at Furman, Kern took over a Lincoln University program in 2011 that had won just three games the year before.

During the 2014-15 season, she was named the Central Intercollegiate Athletic Association (CIAA) Coach of the Year after leading her team to a 22-9 record and a share of the CIAA Northern Division title. The 22 wins marked a school record and carried Lincoln to a CIAA Tournament championship game appearance. [easyazon_infoblock align=”right” cart=”y” identifier=”B0186J1C8A” locale=”US” tag=”hbcusports-20″]

Three seasons ago, she led the Lions to the program’s first win over a Division I opponent in Morgan State and Winston-Salem State.

Before accepting the head coaching position at Lincoln, she served as an assistant coach and media specialist at the University of Wisconsin-Milwaukee for the 2010-11 campaign, immediately following a two-year stint (2008-10) as an assistant coach/recruiting coordinator at Arkansas-Pine Bluff.

Kern attended Penn State University, where she served as a basketball team captain for two years and twice earned All-Big 10 and Academic All-Big honors while also competing in track & field. After graduating in 2002 with a degree in journalism, she began a successful seven-year professional basketball career that would take her to Australia, Germany, Switzerland, Romania, and Poland.

Kern enjoyed one of the most successful prep careers in Milwaukee City Conference history, earning a combined 11 letters in basketball, volleyball, and track & field while serving as team captain in each sport for multiple seasons. In basketball she played in four state Final Fours and won a pair of state championships. She claimed 11 individual conference championships in track & field and was a three-time all-conference performance in volleyball.