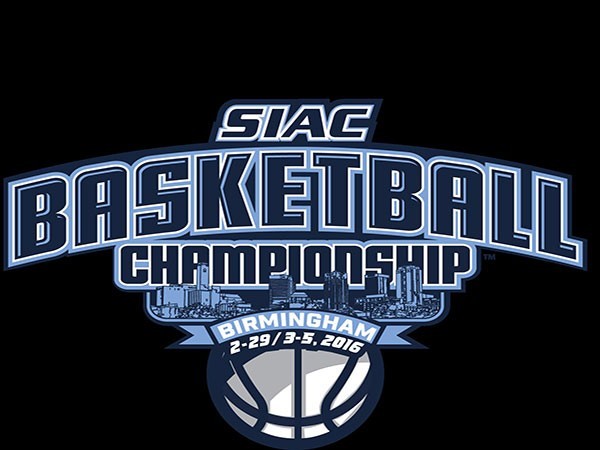 BIRMINGHAM, Ala. – Top-seeded Benedict advanced to its fourth straight appearance in the 2016 Southern Intercollegiate Athletic Conference (SIAC) Women’s Basketball championship game with a 65-58 win over No. 2 Miles in the semifinals on Friday afternoon at Bill Harris Arena in Birmingham, Ala.

The Tigers (26-2 overall) will face the winner between No. 1 Kentucky State and No. 3 Central State on Saturday, March 5 at 4 p.m.

Miles came out strong to open the game and took a 20-14 lead after the first quarter but Benedict answered in the second quarter where it outscored the Golden Bears 20-9. Miles finished the season with an overall record of 17-12.

No. 1 Kentucky State defeated No. 3 Central State 73-63 in the semifinals of the 2016 Southern Intercollegiate Athletic Conference (SIAC) Women’s Basketball Tournament, Friday evening at Bill Harris Arena in Birmingham, Ala.

KSU (24-3 overall) advanced to championship game and will meet No. 1 Benedict on Saturday, March 5 at 4 p.m.

KSU never trailed during the game but Central State (14-14) cut its deficit to 52-51 with a layup with Kortni Perry’s layup at the 6:18 mark. After exchanging baskets, the Marauders cut the score to 54-53 with a pair of layups but were never able to get ahead.

KSU tallied 42 rebounds with 33 coming from the defensive end.

No. 4 LeMoyne-Owen used a 71-70 overtime win over No. 3 Claflin to advance to the 2016 Southern Intercollegiate Athletic Conference (SIAC) Men’s Basketball Tournament title game, Friday evening at Bill Harris Arena in Birmingham, Ala.

With 38 seconds remaining in regulation, Claflin’s Adolph Caldwell nailed a 3-pointer to tie the game at 60. The Panthers’ momentum rolled over into overtime where they opened on a 7-0 run to take a 67-60 lead with less than three minutes left. However, LeMoyne-Owen found its way back and froze Claflin’s offense with a 7-3 rally capped off by Justin Street’s 3-pointer to tie the game at 70 with 15.9 seconds left.

Rashawn Brown attempted a three pointer with one second in the game but was fouled. Brown connected on one his free throws to give LeMoyne-Owen the 71-70 edge to close the game.

Larry McGaughey finished with 17 points ahead of Street who notched a double-double ith 16 points and 12 rebounds.

No. 1 Stillman snuck by No. 3 Lane with a 78-73 win in the semifinals and advanced to the 2016 Southern Intercollegiate Athletic Conference (SIAC) Men’s Basketball Tournament title game, Friday evening at Bill Harris Arena in Birmingham, Ala.

Stillman led 33-32 at halftime and was fueled by Antonio Perry’s 10 first half points. The Tigers were able to extend its edge late in the second half with the help of Maurice Crenshaw who finished with a team-high 14 points. Perry finished with 12 points ahead of Rodnerius Lewis (13) and Ronald Singleton (11). The Tigers also forced the Dragons to 24 turnovers.

Lane was led by Terrance Bridgeman’s game-leading 23 points. Maurice Alexander tallied 13 points while Joseph Cooper and Kendarius Ash led the defensive attack with eight rebound a piece. The Dragons end the 2015-16 season with an 18-13 record.