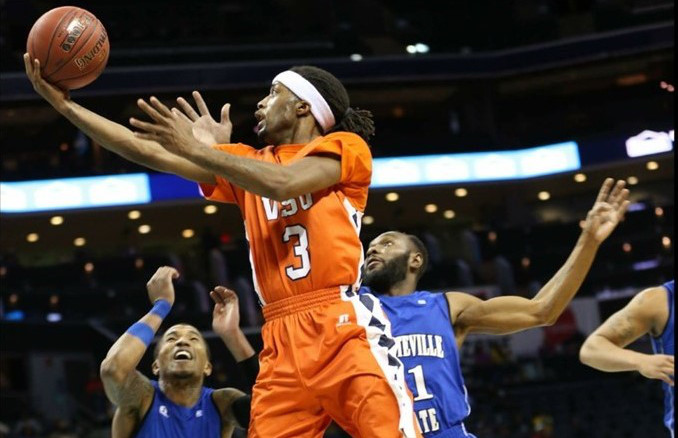 Virginia State advanced to the CIAA semifinals for the first time since 2009. The Trojans (21-5, 14-2) defeated the Broncos of Fayetteville State University (14-15, 8-10) in Thursday’s quarterfinal matchup 71-57 in Time Warner Cable Arena. VSU matched its longest winning streak of the season at five consecutive wins. (Read more)

Bowie State earned a hard-fought 73-71 overtime victory over Saint Augustine’s University Thursday afternoon in a quarterfinal round of the CIAA Tournament. The Bulldogs entered the contest as the No. 3 seed from the CIAA Northern Division while the Falcons were the No. 2 seed from the Southern Division. (Read more)

Virginia Union University’s Ray Anderson scored 25 points as the Panthers defeated Shaw University 72-61 in the quarterfinals of the CIAA Tournament on Thursday at Time Warner Arena in Charlotte. (Read More)