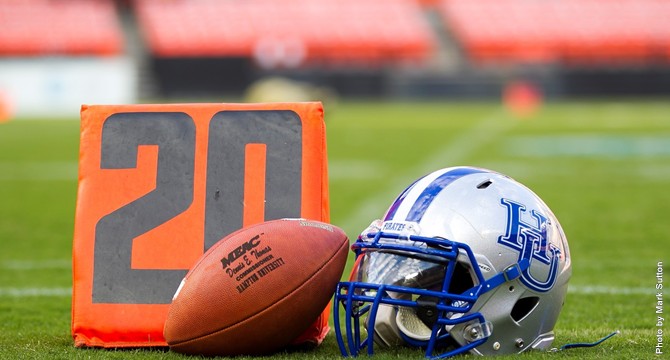 “It’s a good schedule,” head coach Connell Maynor, who is entering his third season, said. “We get an FBS program to start in Old Dominion and that will be tough, but we look forward to the challenge. It’s a tough conference schedule; we won five MEAC games last year, so we’re gonna see if we can get those five again this year and then pick up the other three.”

The season will open on the road, as the Pirates head to Norfolk, Va. to take on FBS foe Old Dominion on Sept. 3. Hampton will then have their home opener on Sept. 10, taking on William & Mary at Armstrong Stadium at 6 p.m.

Three straight on the road follow, starting with the Nation’s Football Classic against rival Howard on Sept. 17. The Pirates will then have their bye week, before heading to Greensboro, N.C. on Oct. 1 to take on North Carolina A&T. [easyazon_infoblock align=”right” identifier=”B011DSK912″ locale=”US” tag=”hbcusports-20″]

The road trip will wrap up in Dover, Del. on Oct. 8 against Delaware State.

Hampton’s Homecoming will be on Oct. 15 against Morgan State at 2 p.m., before the Pirates hit the road again on Oct. 22, traveling to Tallahassee, Fla. to take on Florida A&M.

Three straight home games will follow, starting with a tilt against South Carolina State on Oct. 29. The Pirates will then play host to Savannah State on Nov. 12, before celebrating Senior Day on Nov. 19 with the Battle of the Bay against Norfolk State.

All three of those games are set to kick off at 1 p.m.

The Pirates will close out the regular season on Nov. 26 at Coastal Carolina, which is in the process of transitioning from FCS to FBS.

Dates and times are subject to change.