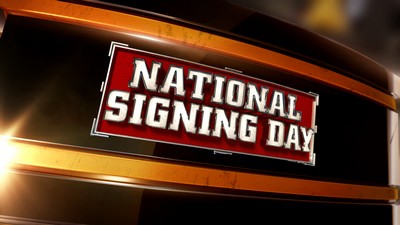 What do those three have in common besides being named All-Americans in various points of their respective careers? Here’s a hint: National Signing Day 2012.


Those three All-Americans signed letters on intent four years ago as high school standouts on the first Wednesday of February 2012.

On the heels of this year’s NSD, we want to look back at the Hebert-Quinn-Payne class and see how far the Southwestern Athletic Conference’s teams went as the 2012 signing matured into this year’s senior (and sometimes fourth-year junior) class.

First, let’s have some ground rules. The focus of this will be on players that signed on NSD and the schools’ announcements of those initial signings. Walk-ons and late signees of note will be mentioned in the individual team breakdowns.

The number of the 2012 signees still on the roster in 2015 was counted, using those initial NSD lists along with the 2015 rosters provided by the league’s 10 schools. Win-loss records were compiled, making note of any coaching changes.

So, no need to juice up your DeLorean to 1.21 gigawatts of electricity. Just sit back, read and ponder on who panned out and who washed out.

Quick Hits: Hopes of James Spady shaking things up for AAMU seem to have diminished in his two seasons in Normal.

McKenzie led the Bulldogs in receiving (23 catches, 361 yards, 2 TDs) last season while Williams contributed to the offense in the passing game (12-296-3). Vaughn was tied for second on the team in tackles.

Quick Hits: This group was assembled literally days before the Braves hired Jay Hopson to take over the program. Quarterback John Gibbs Jr. came on board shortly after NSD. This group formed the core of Alcorn’s resurgence, ultimately helping Hopson and offensive coordinator Willie Simmons get higher-paying jobs away from The Reservation.

Jordan Payne, originally recruited as a quarterback, became an All-American as a hybrid receiver-tight end in the Braves’ offense.

Quick Hits: Eight wins in the three years after winning a SWAC title would doom just about any coach, except Golden Lions head coach Monte Coleman. However, Coleman signed a two-year extension with Athletic Director Lonza Hardy basically saying the struggle is real for any coach in Coleman’s position.

Quick Hits: This group just might be the most important class in the SWAC, no disrespect to Alcorn State’s group. This senior class rallied together after the 1-10 freshman season and the national spotlight of the boycotting-and-forfeiting-the-Jackson-State-game fiasco of their sophomore season to make a run at the Western Division crown in Fobbs’ first season.

The class took another huge step toward the G-Men’s resurrection in 2015, capturing the West title and returning the Tigers to the FCS Top 25 before bowing out to defending conference kingpin Alcorn State in the SWAC Championship game.

Quick Hits: The gamble of firing Rick Comegy and replacing him with Harold Jackson didn’t pay off for the Tigers. However, landing Ivy at quarterback in 2012 could be considered a silver lining. Ivy has thrown for 5,539 yards and 37 touchdowns in his career.

Quick Hits: At first glance, MVSU moving from Karl Morgan to Rick Comegy looked like a no-brainer. However, the move has not yet translated into wins for the Delta Devils.

Quick Hits: Hebert, a multiple-time All-America selection, may be the cream of the crop when you look at performance of all 2012 signees. However, quarterback Trey Green wasn’t a slouch taking over for Jerry Lovelocke in 2015. Green threw for 2,614 yards and 21 touchdowns and was the conference’s second most-efficient quarterback in his first season as a starter.

Quick Hits: Some may see this class as the one that brought the Jaguars out of the doldrums and back to the upper rungs of the SWACs pecking order. Quinn, who had to sit out in 2012, made an immediate impact in 2013 and earned some ESPN recognition en route to putting his name in record books in 2015.

Mosely and Lee helped open holes for Southern’s all-time leading rusher Lenard Tillery, who agreed to come from Southern on an academic scholarship in 2012.