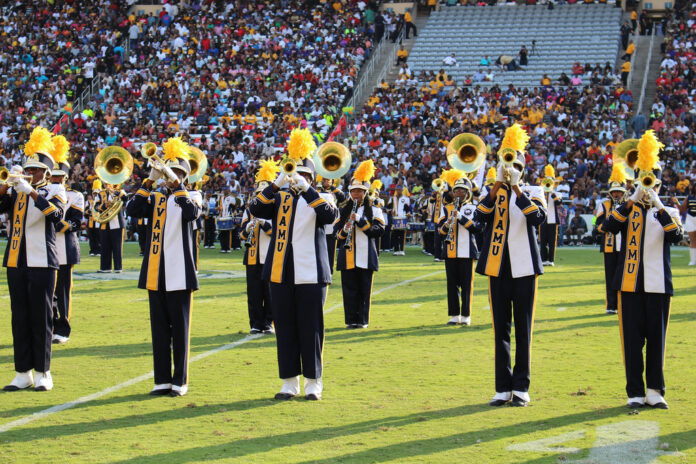 The Prairie View A&M Marching Storm, twice voted band of the week during the football season, was voted HBCU Sports Band of the Year on Wednesday.

In a fan poll that spanned nine days and consisted of three rounds of voting, the Marching Storm amassed over 500,000 votes.


Of the 73,266 first round votes tabulated, the Marching Storm garnered 28.26 percent of the vote, earning the No.1 seed for the final four round.

The Marching Storm faced off and topped No. 4 Alcorn State in a final four round that resulted in the PV getting 56.7 percent of the 57,626 total votes generated. Southern University’s Human Jukebox, the No. 2 seed, won the other final four voting round over No. 3 Grambling to advance to the final round.

Final round voting amassed a staggering 457,489 total votes with Prairie View accounting for (244,481 votes) 53.44 percent of the vote over Southern.

Highlights from the year that was the Marching Storm:

The band, under the direction of Dr. Timmey Zachery, is scheduled to compete in the Honda Battle of the Bands on Jan. 30 at the Georgia Dome in Atlanta.

Dillard University AD: Schools ‘are going to shut down’ and ‘won’t reopen’ due to COVID-19 crisis