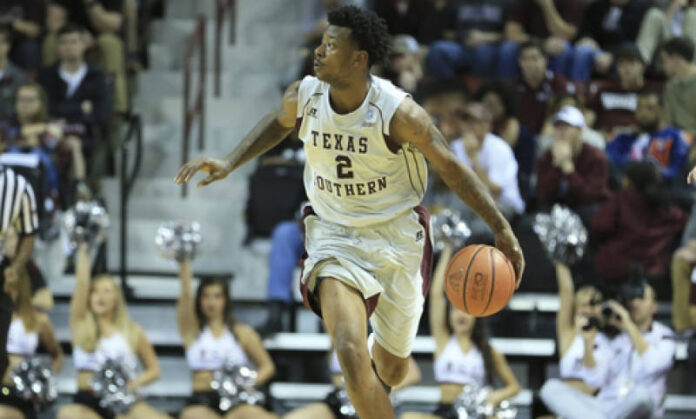 Deonte Hearns scored  15 of his 18 points in the second half, helping the Tigers overcome most of their 17-point deficit.

MONTGOMERY, Ala. — Jamel Waters scored 13 points, and his late layup at the end of overtime proved to be the difference as Alabama State beat Mississippi Valley State 75-74 on Saturday.

The Delta Devils took their only lead in overtime when Damian Young made 1 of 2 free throws with 31 seconds.

This was the second straight overtime game for the Hornets who fell at Grambling State on Monday.

HUNTSVILLE, Ala. – Alabama A&M picked up its first conference win of the season with an 85-70 win in front of a home crowd at Elmore Gymnasium Saturday night.

Ladarius Tabb scored 31 points on 12-of-23 shooting and grabbed 11 rebounds to lead the way for AAMU.  It was his second 30 plus point effort and double-double this season.

Leading by six at halftime, AAMU pulled away 74-56 on a 13-4 run in which Tyler Davis and Battle each scored three pointers.

Adrian Edwards’ dunk with 1:44 to play put Alabama A&M up by 18 for the second time in the game and the Golden Lions got no closer than 12 the rest of the way.

Paris Collins scored 26 points, and his three pointer with less than a second left forced overtime.

Collins scored half of JSU’s 12 points in overtime and the Braves only scored a field goal in the extra session.

The Tigers are 1-2 in overtime this season. Jackson State led 42-35 at the half.

HOUSTON – Texas Southern won its third straight game in a row and made it five out of the last seven over rival Prairie View A&M with a 64-38 win Saturday at H&PE Arena.

Texas Southern averaged 44.6 percent shooting from the field, 58.8 percent from the line and had a 46-26 rebounding edge over Prairie View.