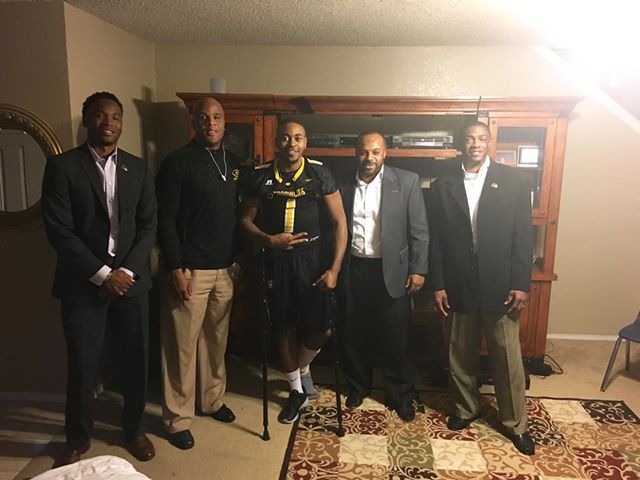 Ole Miss quarterback DeVante Kincade has announced that he is transferring to Grambling State.

“I will be Attending Grambling State University,” Kincade announced on Instagram, “Thank god to be able to finish school and get my degree and play ball something I always dreamed of doing. You have to go with gods plan instead of trying to do it your way and see what he has in store for you. I have one thing in mind #FinishStrong if you want something different you have to do something different and god knows the fire that’s in me to be great ON AND OFF THE FIELD. I’m highly blessed to get another opportunity thanks to #GramFam #OAONATION”


Daniel Paulling of The Clarion-Ledger reports Kincade wanted to move closer to his home in Dallas.

His decision comes after announcing on Instagram last month that he wanted to transfer somewhere closer to his home in the Dallas area but wasn’t certain where. Kincade continued practicing with the team leading up to the Sugar Bowl but was in a walking boot after the game.

The redshirt sophomore completed 9 of 15 passes for 79 yards and one touchdown and rushed nine times for 87 yards in three games this season. He was the Rebels’ third-string quarterback behind starter Chad Kelly and backup Ryan Buchanan.

Kincade’s bio page on OleMissSports.com indicates he was “rated a 4-star recruit by ESPN.com and Scout.com’ while in high school and was “the 12th-best dual-threat quarterback in the nation by ESPN.com and No. 18 by 247Sports.com.”

Nominees for HBCU Sports Band of the Year Announced