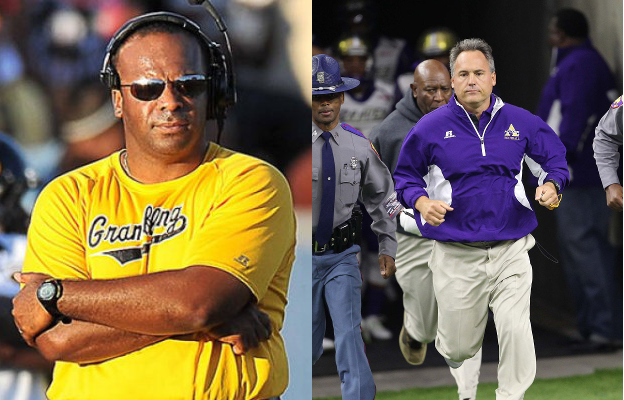 Despite both coaches interviewing for the position, the report states that McNeese State’s Matt Viator and Arkansas State offensive coordinator Walt Bell have emerged as the two finalists for the position.

Fobbs, 41, who just completed his second season at Grambling following a 49-21 loss Saturday to Alcorn State in the SWAC Championship Game, has amassed a record of 16-8 as head coach.

Hopson, 41, is 32-16 in his four seasons at ASU and will lead the Braves in their Dec. 19 matchup against North Carolina A&T in the inaugural Celebration Bowl at the Georgia Dome in Atlanta.