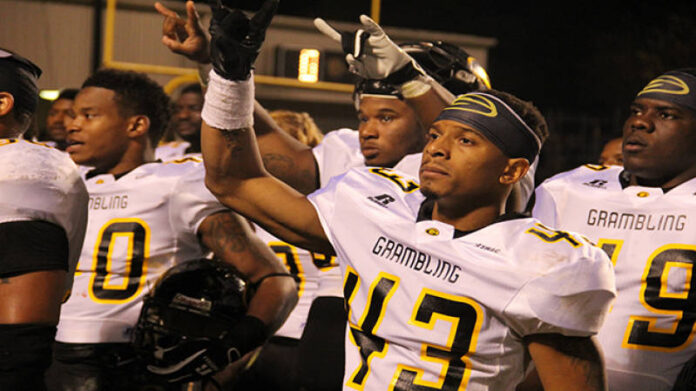 That’s why the Tigers are going to win the SWAC championship and play in the Celebration Bowl against North Carolina A&T on Dec. 19. inside the soon-to-be defunct Georgia Dome.

The Braves will not repeat.

Instead of trying to play the role of football expert (I have at least three more credit hours to complete before earning that distinction) and present a bunch of numbers or worn cliches or keys that will decide the outcome of Saturday’s game in Houston, I’ll just get to the point.

I could tell you that Alcorn State might have a chance to win because Braves boast the No.1 defense in the SWAC. I could provide a graph or two about how Alcorn State led the SWAC in rushing this season behind the combination of quarterback Lenorris Footman and running Darryan Ragsdale. I could throw in some stat highlighting that Alcorn State’s defense had only given up seven touchdown passes during the regular season.

None of that matters.

I, like most who follow SWAC football, have watched the Tigers and Braves play a time or 10 when the games are on ESPN3.

After getting off to an 0-2 start with a defense that could not stop a junior high school offense, Grambling got seemingly better in all most every facet of the game to roll unbeaten through SWAC play.

Johnathan Williams, who started last season as the Tigers’ Cardale Jones before rising to stardom, was clearly the best player in the SWAC this season, completing 58.8 percent of his passes for 2,148 yards, 24 touchdowns and 13 interceptions.

With a player performing to the level that Williams has all season, especially at quarterback, he can (and for the most part has) mask any deficiencies plaguing the team. We saw this during several games this season, including the 35-34 win at Alcorn State on Oct.17. that brought tears of joy to the eyes of Broderick Fobbs.

Williams, who was recently named SWAC Offensive Player of the Year, is the reason the Tigers are 8-0 in conference play and will be holding up the trophy.

While Alcorn State has been good this season, they were not the 2014 Alcorn State good. The defense still performed at high level as mentioned previously, but the offense has been wildly inconsistent and reckless, losing 24 fumbles and doing just enough in the passing game to get by.

Oh, and neither John Gibbs Jr. — before he suffered an injury or his replacement Footman — can actually pull off that thing called the forward pass with much consistency.  If Footman gets the bulk of the snaps against Grambling, Jay Hopson will be trying to win with a QB who only completes 40 percent of his passes.  FORTY. PERCENT.

That’s what we call a bad matchup in around the way, especially with his opposite number being able to stress defenses with his arm and legs.

This is the point of the column where we get to the coaches. Hopson vs. Fobbs.

Both men have taken their respective programs from worst to the apex of the conference amid unforeseen challenges. For Hopson, it was not being able to recruit that first year.

For Fobbs, it was coming into a situation where their was a lack of sufficient athletic training facilities, post-workout nutrition, and more importantly football players.

But ya’ll already knew that. There were press conferences and ESPN special reports to confirm it.

Having gone through a championship run just a year ago gives Hopson what would appear to be an edge in experience. That counts for something, I suppose. But that didn’t matter much at all in 2014 when Hopson was the rook matching coach-y decisions on the sidelines with Southern’s Dawson Odums.

In the end, Fobbs has something Hopson doesn’t.

He represents the “G.”

All of the helmets Grambling wear feature the familiar “G.”

The “G” has mystical powers that helps Grambling wins football games. That will be the case Saturday.