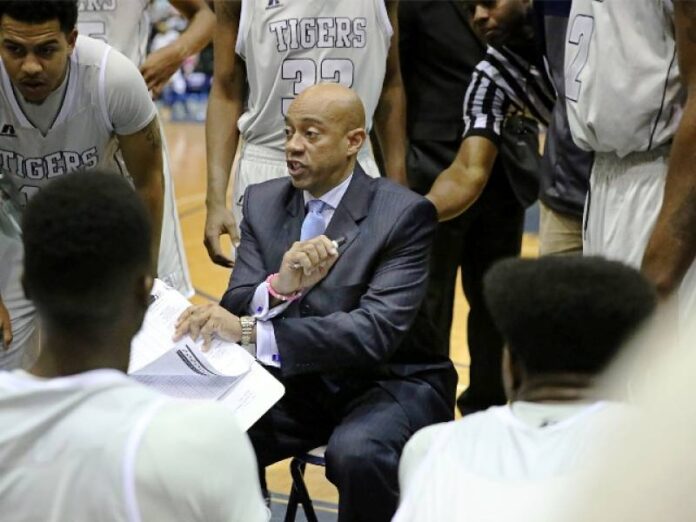 JACKSON, Miss. – An overwhelming second half of play powered Jackson State to a 69-42 victory over Savannah State Friday night during JSU’s home opener at the Lee E. Williams Athletic and Assembly Center.

Jackson State went into the break trailing 26-23, but took over the game during the course of the second half. The Tigers outscored Savannah State to the tune of 46-16 in the final half of play to cruise to a comfortable victory. JSU held Savannah State to 27 percent shooting on the night and put up a 41-33 advantage in rebounding.

Paris Collins led the way for Jackson State, scoring 19 points, dishing out five assists and grabbing five boards off the bench. Javares Brent added 17 as he shot 5-of-11 from downtown.

Chris Martin was the lone Savannah State player in double figures with 14 points and six rebounds.

WEST POINT, N.Y. – A sluggish portion of play in the second half stymied Arkansas-Pine Bluff’s comeback hopes in a 81-60 loss to Army on Friday at the Christl Arena.

Down 30-22 to the Black Knights heading into the locker rooms, UAPB fell out of the running thanks to a near-four minute stretch where the Golden Lions made only two field goals. During that same time frame, Army scored 14 points to push its lead from 36-28 to 50-30.

Arkansas-Pine Bluff responded by finding its stroke from long range for a short time, but the Black Knights matched UAPB basket-for-basket. After the Golden Lions surrendered 10 unanswered points during the mid-point of the second half, the deficit proved insurmountable.

Alcorn State fell behind early, allowing an 18-4 run to the Golden Grizzlies, who went into intermission up 38-28 behind Kahlil Felder’s 14 first-half points. At the midpoint of the second half, Oakland had extended its lead to 20, and the Braves were unable to recover, as they shot 29 percent from the floor during the game.

Despite dominating the offensive glass to the tune of 20-3, Alabama State couldn’t overcome self-inflicted wounds and a rough shooting day. The Hornets only shot 33 percent from the field and turned the ball over 16 times in the contest. Meanwhile, the Mocs shot 68 percent from the floor and 57 percent from beyond the arc.

Jamel Waters went 4-of-8 – and 3-of-5 from three-point range – to score 11 points, adding three rebounds and three assists. Bobby Brown led the Hornets with 14 points.

Tre’ McLean went 7-of-9 from the floor to score a game-high 18 points for Chattanooga. He added six helpers. Justin Tuoyo chipped in 12 points and four blocks.