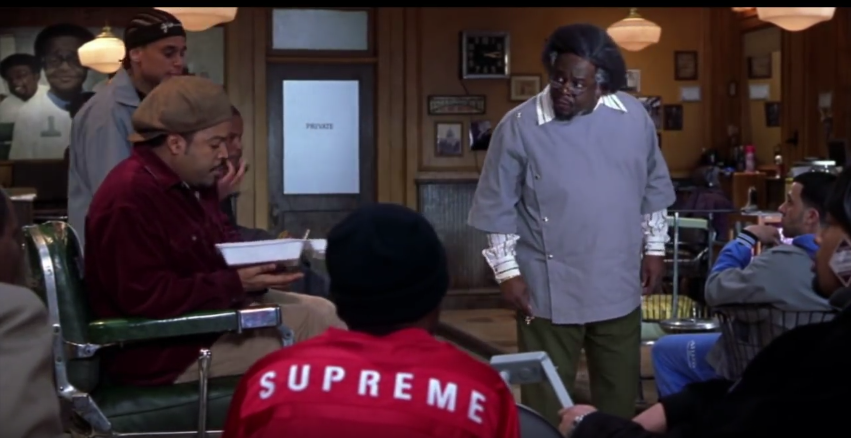 Pockets of black students at predominately white institutions have grown tired of being subject to racist acts and discrimination that has been highlighted by this week’s protest at the University of Missouri that involved the football team refusing to participate in football activities until the school’s president either resigned or was fired.

The question: How can HBCU athletics take advantage of the wave of protests by black students and athletes in response to racial incidents at PWIs?

Kenn Rashad the best way to take advantage of this situation is have campus entities – that are not OFFICIALLY tied to athletics – go to social media and make the call for black high school student athletes to attend HBCUs. I believe it was J. Carter (HBCU Digest) who made the outstanding suggestion of obtaining the lists of top high school athletes produced by various media outlets and using social media to call them out directly to encourage them to consider attending HBCUs.

Kendrick Marshall That’s a wonderful idea, especially since one of the biggest issues coaches have with recruiting is the ability to contact kids from across the country because of a lack of a recruiting budget. Schools are winning the game on social media, and HBCUs have to be players in that game.

Kenn Rashad And we haven’t heard form LC since.

Kenn Rashad I was not aware of that.

Kendrick Marshall At the end of the day, the PWIs, at least the schools that get the bulk of the four and five star kids, have big-time facilities, budgets, TV contracts and media exposure, how can HBCUs counter that to get those types of recruits?

Fredrick Batiste Nope. And that’s my beef. Whenever stuff goes down like at Mizzou, cats start screaming let’s go back to HBCUs. But nothing happens after that. Its all lip service to me.

Kendrick Marshall That’s a concern. Those with HBCU ties have to understand that it takes a whole lot of work beyond a demand to make that happen.

Fredrick Batiste And sometimes we are our own worst enemy.

Fredrick Batiste The PWI doesn’t have the monopoly on media exposure thanks to all of these channels and new media floating about.

Kendrick Marshall You’re right, Fred. But you know local media in a lot of HBCU markets fail to provide coverage to black schools similarly to PWIs.

Kenn Rashad Have you guys seen that video of Tuskegee students at a football game? It has gone viral and I see it quite a bit now. That, to me, is the kid of video that certainly would attract more students. But the effort to attract more students has to be collective and organized in a way where the overall message is consistent.

Kenn Rashad I know something like the example I’m about to present is something an HBCU would never considering doing – and shouldn’t, but a surrogate probably could. And yes, I know this would come off as being somewhat sexist, but stay with me. Here is a link to ESPN’s top 300 high school football recruits. The top person on the list is Rashan Gary. One could send out a tweet something like this: “@RashanGary33 if you come to @SouthernU_BR to play football, you could see this every time you play” – LOL

Kendrick Marshall It is been reported that Mizzou actually lost a potential commit, Sci Martin, a three-star recruit from New Orleans, over the protests. Hello, Southern and Grambling. HBCUs have to promote campuses being a safe place for black students, where they can learn and grow without fear of encountering racism. Plant that seed in the mind of a recruit who, in his words, doesn’t “want to be part of that madness.”

Fredrick Batiste To me, the kids’ parents are the biggest obstacle. Sometimes the kid’s parent(s) get blinded by the big lights worse than the kid himself. However, you really can’t beat the atmosphere and the eye candy of HBCU life. Plus, you’re not a number. You’re a person and will be held accountable.

Kendrick  Marshall Can we really blame kids and or parents for being blinded by the big lights? I mean, the talk of the college football world — even on the HBCU Sports forum — was the LSU-Alabama game. A game that was in prime time on CBS that had national championship implications tied to it. A matchup that will produce future NFL players. Any kid would want to be part of that, if we’re being honest.  At the other end of the spectrum, there was the JSU-Bama State game that was being streamed online in front of a crowd about one-fourth of the SEC game.  Covering games at the FBS level with the amount of media there, all the people there, the entire atmosphere indicates the level of importance. Even away from game day, those athletes are treated as larger than life, almost professional.  And it’s like that almost every week at these major schools. How can a kid and his family not be enticed by that?

Fredrick Batiste True. The level of interest for Power 5 football just pisses on everyone else. There’s a misnomer that the world cares about FCS football. That’s a bold face lie. I’ve seen it.

Fredrick Batiste But like Get Ready says, maybe it’s how they’re raised.

Kendrick Marshall I’ve come across comments from folks who say recruits don’t choose HBCUs because those kids and their families believe black schools specifically are inferior. But the kids many want to suit up for HBCUs aren’t necessarily gun ho about signing the NLI for Western Illinois either. Is that a fair claim to make? Kenn you have son who plays high school football. I’d love your thoughts on this.

Kenn Rashad To answer the question, I’m of the belief that my situation is slightly different. I’ve been covering HBCU athletics for well over 20 years. And as a result, HBCUs have become somewhat embedded within our family lifestyle. My high school sons, in particular, hear me talk about HBCU on a daily basis. They are with me when I watch HBCUs football games in person and when I watch those games on TV or the Internet. I don’t make them watch the games; they want to watch with me. As for the son who currently plays high school football, he enjoys the game. He is a 9th grader who is still getting acclimated to the rigors of high school athletics, which includes the responsibility of successfully accomplishing the academic requirements set by his parents and the school at large. We’ve discussed his collegiate plans. And as it stands now, knowing that his thought process can change at anytime over the next few years, he has expressed interest so far in 3 schools (all of them HBCUs). One is in Louisiana, one in Mississippi and the other in Georgia. He has visited the campuses of all of the schools he’s interested in at this time.