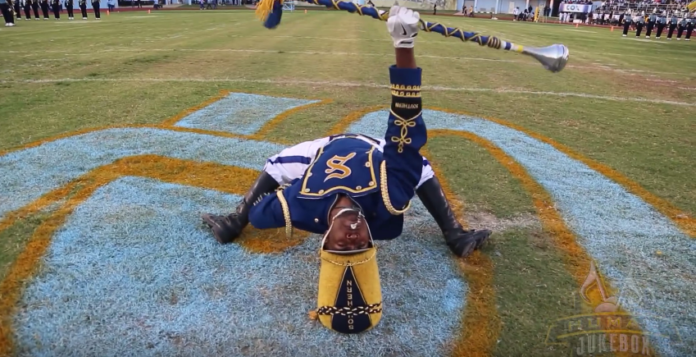 It’s been an extraordinary first half of the 2015 HBCU marching band season with a number of notable performances that have gone viral on YouTube.

The Sounds of Dyn-O-mite received a standing ovation in Atlanta, the World Fame got some California love in Berkeley, while the Human Jukebox made headlines with its performance in Athens, Ga.

Talladega’s Tornado Marching Band traveled to Baton Rouge to battle with the Jukes, the Blue and Gold Marching Machine collaborated with the Tar Heels in Chapel Hill, and the Marching 100 went head-to-head with the Marching 101 in a Thursday night showdown in Orangeburg.

And as one would — or should — expect, there has been a change in the rankings since HBCU Sports published its preseason top 15 poll.

Here are the midseason rankings of the HBCU Sports Top 15 HBCU Marching Bands in America.

In January we will announce the HBCU Sports Band of the Year.

Leave a Reply to Dr.Joel A. Ward Cancel reply