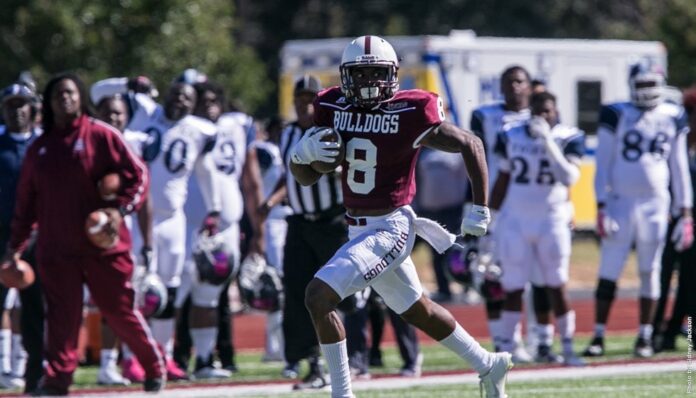 The win improved Alabama A&M to 2-2 in the Southwestern Athletic Conference and 2-4 overall. The Tigers fall to 1-3, 1-5.

Miles took the ensuing kickoff at the 1, ran up the sidelines and broke to the middle, outrunning the JSU defenders.

May, who started in place of the injured De’Angelo Ballard, found Juaquin Davis on a 16-yard pass in the second quarter to give the Bulldogs a 13-12 lead. A two-point conversion failed when May was wrapped up by the JSU defense.

Jarius Moore scored on a 4-yard run to put JSU about midway through the third quarter for a 19-13 lead.

But Jackson State regained the lead on a Deising field goal with about 3 minutes to play.

Harvey Harris scored the game-winner on a three-yard run and two-point conversion.