The Prairie View A&M Marching Storm was voted HBCU Sports Band of the Week for Week 2.

The Marching Storm, nominated for their Sept. 12 halftime performance at Texas State, received 72.9 percent (1,340 votes) of the 1,838 total votes tabulated.

Because of the win, the Storm automatically qualifies for the HBCU Sports Band of the Year polling to be held in January. 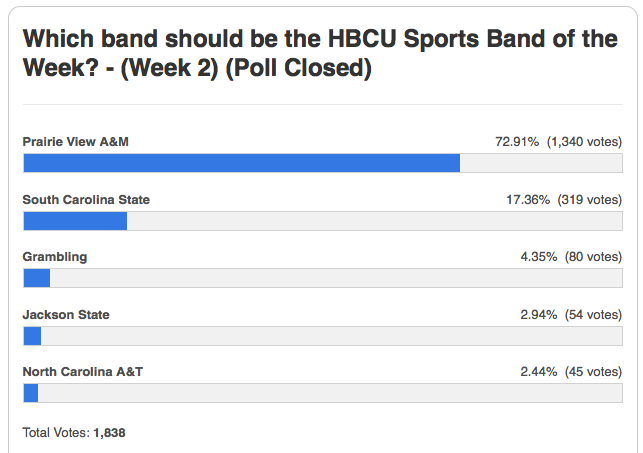 Watch: Midnight Madness Battle Of The Band – Southern vs. Talladega