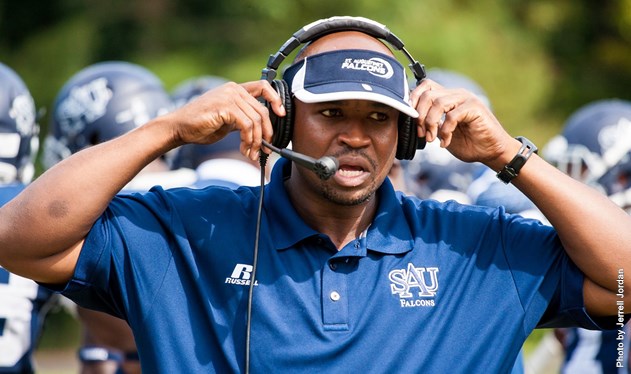 Saint Augustine’s University head football coach Michael Morand has been placed on administrative leave for two weeks, according to an announcement published Wednesday on the school’s website.

The school said Morand’s leave is effective immediately, and that pending an internal investigation, further action may be taken.  No reason was given for Morand’s leave.


Morand, who was named the school’s permanent head coach last December, was the program’s second head coach since football restarted in 2002.  He was named the interim head coach during the 2014 season after former head coach Michael Costa (who coached at the school for 13 seasons) was fired after coaching the first game.

The Falcons are 0-2 for the season so far with losses to North Carolina Central and Virginia Union.

By Kenn Rashad2 days ago
Basketball

By HBCU Sports5 days ago
News

By HBCU Sports6 days ago
News