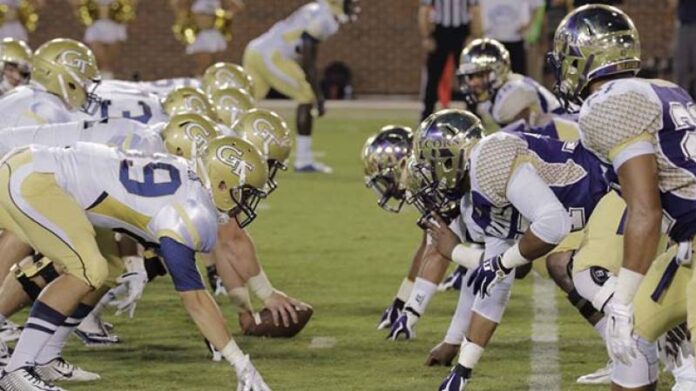 The Braves surrendered 34 points in the first quarter and 48 in the half while also struggling to generate anything offensively. John Gibbs Jr. completed 8-of-22 passes for 106 and an interception. He also led the team in rushing carrying the ball seven times for 51 yards. Darryan Ragsdale was held to 50 yards on 11 attempts.

Alcorn gave up a total of 553 yards with 476 coming on the ground. Tech scored on its first seven possessions.

The Braves, which won 10 games a year ago and its first Southwestern Athletic Conference title since 1993, missed a field goal on the final play of the first half. But they still went 75 yards on the opening possession of the second half nearly doubling their offensive output and producing their only score of the night with Arron Baker’s one yard run.

Georgia Tech freshman Marcus Marshall ran for 184 yards and two touchdowns in his college debut, while Patrick Skov scored three TDs of his own.

Quarterback Justin Thomas played only the first quarter, running for one score and passing for another.

The braves were penalized on the opening kickoff for being offside and things did not get any better from there as they were flagged a total of 10 times for 82 yards. No flags were thrown on the Yellow Jackets all night.