Over 11,000 votes were tabulated in response to the HBCU Sports fan poll question, “Which band won the 2015 Queen City Battle of the Bands?” 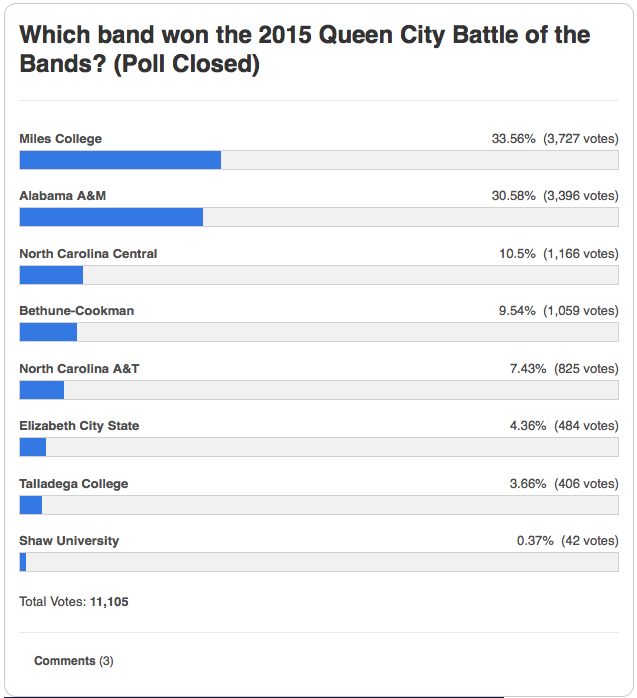