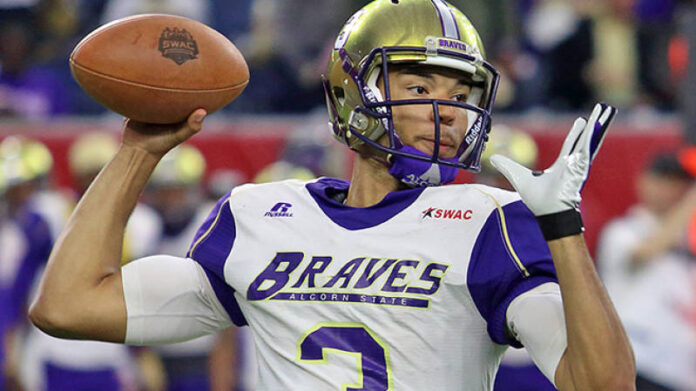 Here are a few of the players to watch that will be in the running all season long (we think) to be recognized as the best in Black College Football.

Gibbs led the Braves to SWAC Eastern Division title and the team’s first berth to the conference championship game. He completed 169-of-294 passes for a total of 2,482 yards and 21 touchdowns. Gibbs also ran for a career-high 1,006 yards on the ground and another 12 scores last season.

Even though he will be operating without offensive coordinator Willie Simmons, who is the new head coach at Prairie View, Gibbs checks off almost every single box a scout would look for in a quarterback. He’s big, strong, fast and can move the football down the field. His presence makes Alcorn State nearly unbeatable.

Cohen, the defending MEAC Co-Player of the Year, is the most explosive athlete in all of Black College Football. He is a threat to score whenever he touches the ball. Cohen led the conference in rushing with 1,340 in 2014

The preseason MEAC Offensive Player of the Year has video game stats and ability.

Freeman, an unheralded talent, totaled 720 receiving yards and 11 touchdowns on just 33 receptions in 2014. Imagine his production if he had double the number of receptions.

As a sophomore, the Cleveland native set the school’s single season rushing record by leading the Bears with 1,408 yards (ranked No. 14 in FCS), scored 15 touchdowns (13 rushing), and was named to the All-MEAC first team.

He finished the season with five 100-yard rushing games and posted two games with over 200-yards. He was also named to the Walter Payton Award watch list, which is given to the most outstanding player in the FCS.

If Tarik Cohen didn’t exist, Walker would be considered the best player in the MEAC.

Ivy had a sneaky good season last year in the SWAC ranking among the leaders in passing in 2014 during his first full season as a starter.

Heading into 2015, he was named to the All-SWAC Second Team. With another year in the throw-it-all-over-the-field offense offensive coordinator Timmy Chang runs, Ivy could not only continue to receive individual honors, but he could be the reason Alcorn State doesn’t repeat in the SWAC Eastern Division.